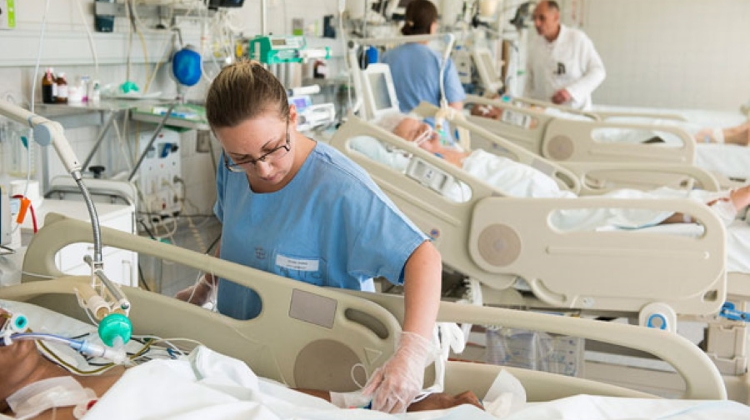 Health-care employees staged a demonstration in Budapest to protest for the restoration of their public employee status and a 30% wage hike.

Zoltán Balogh, the head of nurses’ chamber MESZK, said that the government’s changing the legal status of health professionals in March had been “a slap in the face” and insisted that the government had not consulted with the unions before the changes were passed into law.

Balogh noted that some 3,000 health-care employees had refused to sign the new employment contracts they were offered due to “serious contradictions and unfair conditions” in the document.

He said that people in the sector were “overworked and increasingly discontent”.

Gyula Kincses, the head of doctors’ chamber MOK expressed support for the protesters’ demands and said “treatment is impossible without nurses”.

He noted the mortality figures during the coronavirus pandemic and said “having the technology is useless without proper nursing”.

He said that providing high-level health-care services required nurses who received decent pay and were not exhausted.