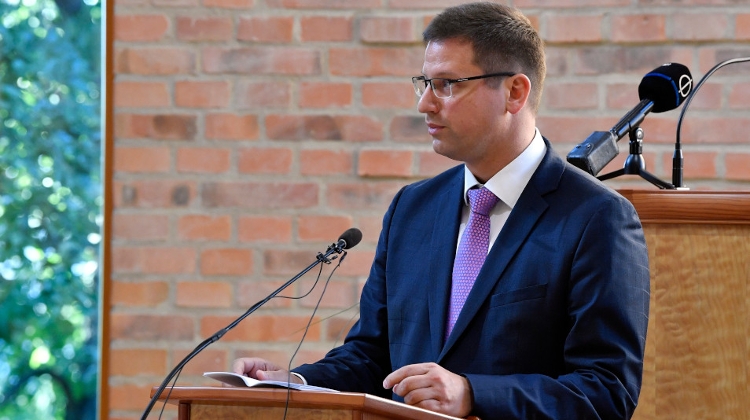 Although the EU has been unsuccessful in achieving its goals in recent years, global economic competition makes it crucial for EU member states to strive for the closest possible cooperation, the prime minister's chief of staff has said.

At a roundtable discussion on the future of the EU, Gergely Gulyás said Europe was losing its significance on the global stage, and singled out Germany as “the only state on the continent that can hold its own in the global economy”.

He said, however, it was imperative that the country define itself as a member of the bloc, arguing that there was no alternative to European cooperation.

Gulyás lamented that the bloc had failed to expand its integration to the area of defence and establish a joint army.

He said that though the integration of the central and eastern European countries had seemed like a natural progression in the life of the EU, social and political divides between the older and newer member states still persisted. And instead of accepting this, he said, the older member states responded with “total intolerance”.

He said the EU was “stealthily” taking over more and more powers from member states, leading to constitutional conflicts.

Gulyás underscored the importance of keeping the bloc together, however, while preserving the distinctiveness of member states.