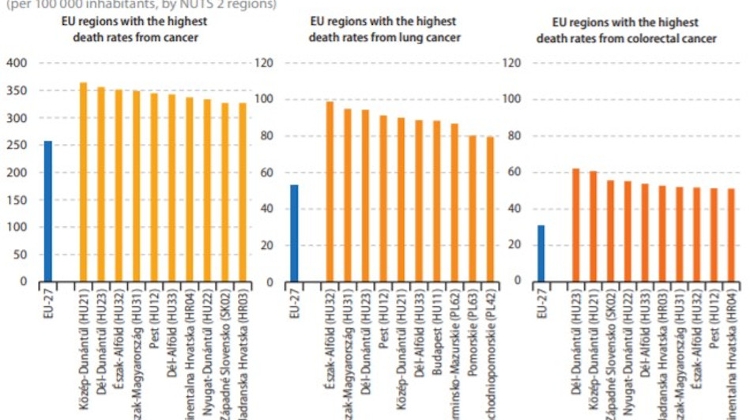 In the 2016 data now made public, only Croatia also had every NUTS -2 region in the highest category, which means more than 325 people out of 100,000 died of cancer annually.

With 364 per 100,000 residents, Central Transdanubia has the highest cancer fatality rates in the EU.

In the below-65 age group, for whom deaths are generally more preventable, northern Hungary had the EU’s worst rates, of 147 per 100,000 inhabitants.