Vaccine Week to be Extended for Another Week, no Lockdown Expected Yet 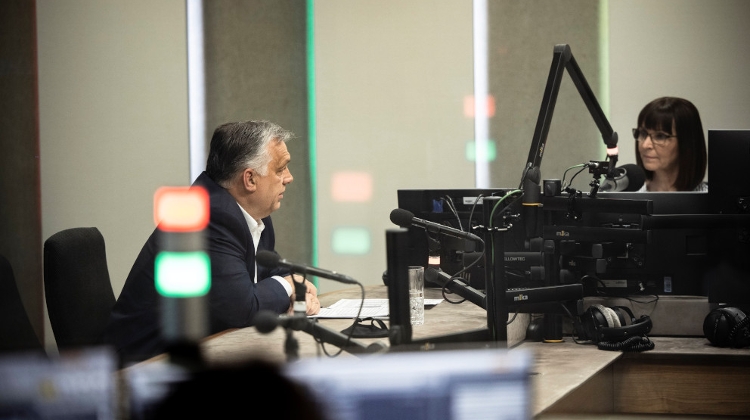 The government is extending Vaccine Week for one more week, until December 5, which will allow Hungarians to get vaccinated without prior registration, announced Viktor Orbán on his weekly Friday morning interview on Kossuth Rádió.

The Prime Minister said that many people went in this week to get their third booster shot against the coronavirus, with relatively fewer of them getting their first or second shot.

Vaccination efficacy begins to weaken from around 4-6 months after the second shot, said Orbán, which is why more and more people who have only had two shots are getting infected.

The booster shot extends the protection offered by the previous vaccinations, “so the third vaccine is definitely a life-saving vaccine,” he said.

Regarding the possibility of a lockdown, Viktor Orbán said the government had not yet decided on the matter yet. “We have to respond to whatever challenge we are given,” stated the Prime Minister.

“So I don’t rule anything out, but I want to avoid anything that will be bad.” If booster vaccinations go up and the number of infections goes down, there will be no need for a lockdown, he said.

The Prime Minister also said that vaccination for those under 12 could begin soon, and that 2 million vaccines had already obtained for this.

The first shipment of 130,000 vaccine doses for children will arrive on December 20, and will be delivered continuously after that. Viktor Orbán advised all parents to vaccinate their young ones.

The European Medicines Agency (EMA) approved the Comirnaty vaccine, developed by BioNTech and Pfizer, for children between 5 and 11 on Thursday.

Prime Minister Orbán also mentioned that the capacity of Hungarian health care during the epidemic is orders of magnitude higher than in Western Europe.

He believes that Hungary has the means to deal with the situation, with beds, ventilators, vaccines, and medicine available, and that it all depends on the heroism of the doctors and nurses who do the superhuman and steadfast work.