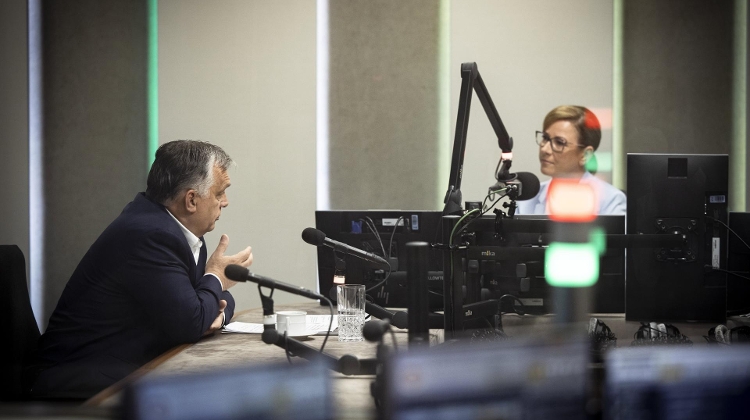 The prime minister said the fourth wave of the coronavirus pandemic was at its peak “or maybe a little beyond” in Hungary, and taking the vaccine is the only way to flatten the curve.

In an interview with public radio, Viktor Orbán said the latest surveys showed a slight decrease in the number of new coronavirus infections, those needing hospital treatment, or ventilators.

“On Thursday, 51,666 people were vaccinated, 42,453 of whom got the third jab,” he said. That is especially important around Christmas, as holding large Christmas gatherings will depend on “whether we are vaccinated,” he said.

The prime minister also announced that 5-11 year-olds will be able to get inoculated from Dec. 15, with registration starting from Wednesday. Around 70,000 vaccines are soon arriving and vaccination points have been designated.

Orbán said pensions will be raised by 5% from Jan. 1, while the full 13th month pension will be paid out in February. “Hungary performed well last year, and we have high hopes for next year, too,” he said, referring to the government’s position that pensioners should also reap the benefits of a strongly performing economy.

Orbán also said that the minimum wage will be raised next year.

The prime minister warned, however: “If you give money that you did not make, you’ll go bankrupt sooner or later.” The government and the finance minister must make sure this does not happen in Hungary, he added.

Meanwhile, Orbán said a large and strong anti-immigration, pro-family European party alliance needs to be formed. Referring to talks between right-wing party leaders in Warsaw last week, Orbán said negotiations between these parties had been going on for many months and numerous organisational steps had to be made.

He spoke about personal ambitions and rival parties in certain countries which made it harder for them to enter into an agreement. “But they’re moving step by step, and the next meeting will be held in Spain early next year.”