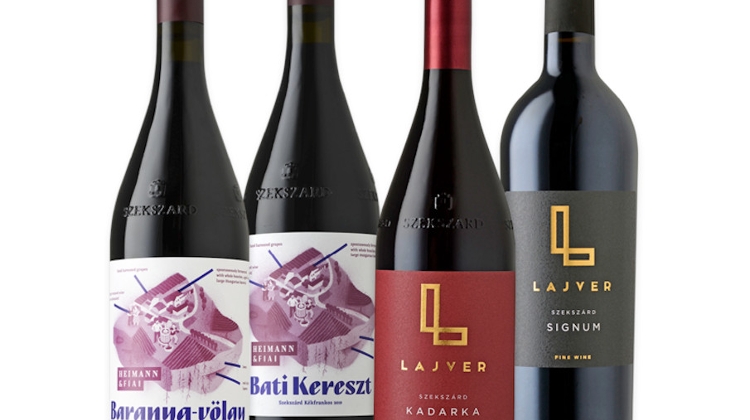 The southern region of Szekszárd has continued to solidify its reputation as a producer of reliable and affordable, and often superb, red wines. It is putting increasing emphasis on the three-pronged approach of Kadarka, Kékfrankos, and Bikavér, with the first two black grape varieties also being vital components of the blended latter.

Within these and beyond, the region’s vintners are constantly innovating, planting new grapes, and adopting alternative ways of winemaking to broaden the region’s palette further.

The black Malbec grape originally hails from southwest France, where it is also known as Côt. It makes the broodingly dark and turbo tannic wine of Cahors but later found worldwide fame in Mendoza, Argentina. It is now also making waves in Szekszárd.

Mészáros’ Grandiózus Malbec 2019 (HUF 4,190 from meszarosborhaz.hu) is perfumed (violets) and plummy, with a creamy, smooth, round, and full-bodied palate with blueberry and black cherry notes.

It’s quite striking how varietally pure it is, yet nothing sticks out, and it’s more balanced than many Mendoza Malbecs that I’ve tried, with the alcohol of 14% and oak nicely integrated. The Mészáros family planted the grape in Szekszárd in 2007 after learning about Malbec on a trip to Argentina but had to wait until 2016 until the grape’s name could be used on the label.

Another lighter-bodied, fruit-forward, yet also pure Malbec comes from Bodri. The 2020 was aged for five months in Flexcube, an increasingly popular aging vessel that enables the wine to take in oxygen, helping build the developing structure without the oaky influence that barrels impart. The wine is excellent value for HUF 1,900 from bodribor.hu.

Flexcubes were also used to good effect in Lajvér’s Kadarka 2020, with some oak staves inserted into the polymer cubes to add just a hint of woody character. The resulting wine is made from grapes from the widespread P9 Kadarka clone.

Known for its spiciness and fruitiness, it has a stunningly vibrant pale ruby color, with anise, rosehip, and strawberry aromas and flavors. With a delightful lightness of touch on the light-bodied palate that is nevertheless long and lingering, it is outstanding value at HUF 2,390 from Bortársaság.

Lajvér first made single varietal Kadarka only in 2019 and was also aging some Kadarka in oak when I was shown around the cutting-edge, gravity-fed winery, but that portion is to be used exclusively in the Bikavér blend.

A real novelty at Lajvér is its white Kékfrankos, or a Blancs de Noir, known as Incognito, which is really distinctive and well worth a sip. The 2020 Incognito is so light it’s almost the color of water, with a citrusy yet spicy and floral nose and palate that opens up to reveal a tropical pineapple note; it costs HUF 2,500 from lajverwine.com.

“Kékfrankos is a grape with a thousand faces,” declares winemaker Rebeka Vida. She works closely with Ildikó Markó (who used to ply her trade at Sauska, down in Villány, and now also takes care of laboratory analysis at Lajvér), and viticulturist Attila Nagy, who manages Lajvér’s 27 hectares of terraced vineyards, and is also trained as a winemaker.

The three taste together constantly and take joint decisions on winemaking considerations, and the results have moved the winery into the top flight. Its flagship wine is Signum, which is, in fact, a Bikavér, although that name only appears on the back label. It is soft and juicy with delightfully refined tannins and costs HUF 3,390 from Bortársaság.

Incidentally, for a white Kadarka, head back to Mészáros, whose 2020 is really lemony and distinctively herbal, with 10 g/l of residual sugar taking the edge off of the acidity. Meanwhile, the Fritz winery has been experiencing so much demand for its white Kadarka that it doesn’t even make a single varietal red Kadarka.

Making white wines from black grapes is practiced in other areas of the world, notably in the Swiss region of Ticino, which is predominantly planted with Merlot. Nevertheless, noting soaring demand for white wine, Szekszárd’s wineries are busy growing white grapes and adding whites to their portfolios.

At the Fritz winery, Decsi Zöld Szagos is a rediscovered ancient grape that has been identified, patented, and replanted in conjunction with the Pécs Research Institute. Tasted from the tank, the 2021 was fruity and floral with a light and fresh palate.

Critics have often dismissed Szekszárd as a source of only simple, uniformly fruity (but not much else) wines due to the loess soils that dominate the region, but the truth is that charming wines, which are often varietally pure, like the aforementioned Malbecs, can come from loess.

“I really like working here as loess helps bring the grape’s varietal character,” says Lajvér’s Vida. Elsewhere loess, which accounts for up to 10% of the planet’s topsoil, is strongly associated with quality wine.

Places where loess is loved include Wagram and parts of Wachau and Kremstal in Austria, where it is prized for its ability to make fuller Grüner Veltliner. But it is also a feature in many top German vineyards and in eastern Washington, in the United States. Indeed, some of Tokaj’s most elegant wine comes from loess-dominated vineyards.

Szekszárd is, in any case, about more than loess since other soils and rock types are lurking under and alongside it, with lots of iron-rich red clay and chunks of limestone in the mix (the latter providing acidity to counterbalance the region’s ripeness). The red clay, also known as terra rossa, regularly pokes through the surface as you drive around this region of hills and valleys.

At the Sebestyén winery, the focus is on showing Bikavér from different places of growth, with wines from three vineyards – Porkoláb-völgy, Iván-völgy (völgy meaning valley) and Görögszó – set to be made available simultaneously shortly.

Meanwhile, the Heimann winery is showing the ability of the Kadarka and Kékfrankos grapes to capture the nuances of individual vineyard sites via the Heimann és fiai (and son) series.

At Schieber, the much-traveled winemaker József Rappay has set himself the goal of upping the quality of the basic wines, including by using resistant varieties. He’s a great friend with Jani Márkvárt, who is certified organic, not only for the consumer’s benefit but also for his own health.

An almost-ready selection of his old bush vine Kadarka, spontaneously fermented in the 2021 vintage, tasted incredible and will later be available at Bortársaság. For orange wines, check out offerings from Dúzsi and Posta.