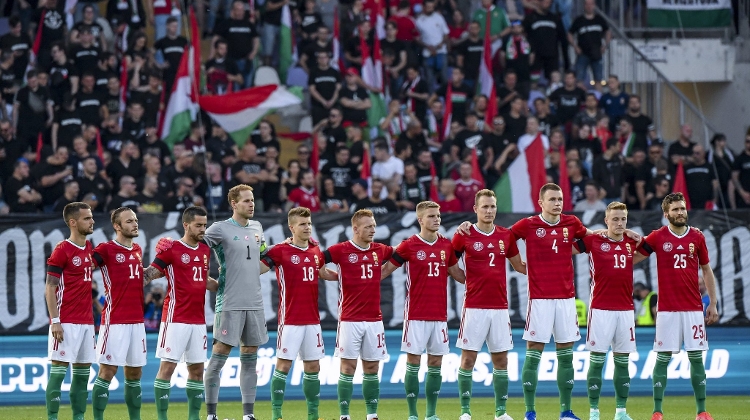 Germany, Italy, and England will be Hungary’s opponents in the Nations League group. The draw took place on Thursday in Montreaux, Switzerland. Hungary’s head coach, Marco Rossi, has said that the “national eleven” will be facing the most difficult teams.

The Hungarian national football team, by the surprise of many, won its group in the previous edition of the Nations League ahead of Russia, Serbia, and Turkey, qualifying for League A, the highest division. Here are four groups with a total of 16 teams. The group winners can enter the final round (Final Four) in June 2023. The group losers fall into League B.

Hungary was drawn into Group A3 on Thursday along with Germany, Italy, and England. Of the six group matches, four will be played in June 2022, and another two in September. Due to the UEFA’s decision, Hungary will have to organize their upcoming home match without spectators due to fan misbehavior.

The Hungarians still have fresh memories of England and Germany: this fall, the red-white-and-greens played twice against the Three Lions during the World Cup qualifation, losing 0-4 in Budapest and stealing one point from London (1-1), while the match against the German national team in Munich at the European Championship this summer also ended in a draw.

“You can say that we got the strongest team from each pot,” said Marco Rossi, coach of the Hungarian national team, after the draw to the Hungarian Football Association. (He was referring to the European Championship when Hungary was in the same group with Germany, Portugal, and France, which was also called the “group of death”).

The European champion, the European silver medalist, and Germany. It is a terribly difficult group in which we are again the weakest, as it has happened to us many times recently. We didn’t give up…then either, and we’ll do the same now!”

Talking about the heroic performances against Germany (2-2) and England (1-1), Rossi added that if his team wants to be successful, then they must not think of those games, as it is rather an exception when a smaller team can get an excellent result against a bigger one. He expects his footballers to be well-organized, and play with determination and a fiery spirit.

The groups of League A: