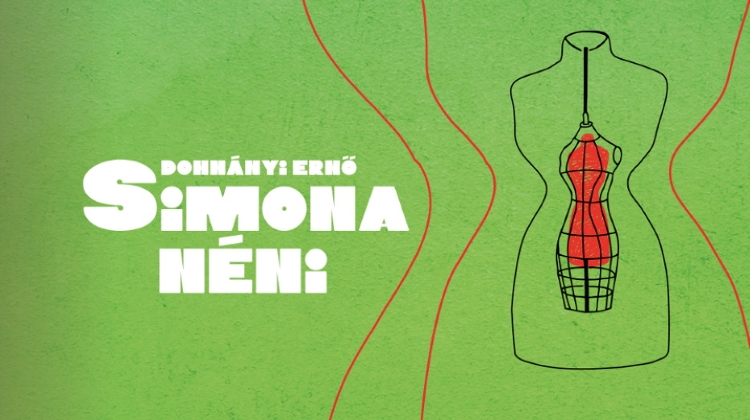 Watch these two comic operas in one act, in Hungarian, with English surtitles streamed from the Budapest Eiffel Art Studios.

Ernst von Dohnányi is one of those Hungarian composers whose works are played much less frequently than they deserve to be. The Opera is striving to correct this situation: after our productions of The Tower of the Voivod and The Tenor, next up is our staging of Tante Simona, the first opera that the former general director of Budapest’s Franz Liszt Academy of Music ever wrote.

The Hungarian von Dohnányi’s German-language comic opera takes places in Italy and follows the story of Aunt Simona, who was abandoned by her sweetheart long ago and, with her bitterness undiminished by the intervening years and now intent on protecting her niece, Beatrice, from the disappointments of love, attempts to shut out any and all men from her life – naturally, without success.

Despite the Italian setting, viewers are justified in perhaps feeling that it is a German work they are watching: instead of the unbridled mirth of Italian comic opera, this work exhibits the more restrained good cheer of a singspiel, with von Dohnányi clearly paying his respects to Wagner and Richard Strauss with the richly composed music.

The authors might very well have borrowed the rose motif that runs through the libretto directly from Strauss’s Der Rosenkavalier, which was given its world premiere in Dresden in 1911, two years before the first staging of Tante Simone in that same city.

The Hungarian State Opera took until 1933 to present this work, and now, after nearly 90 years, it is returning to the stage here as the brainchild of the young director Bence Varga, with new Hungarian text by Attila Galambos.

The city of Cremona announces a competition to see who can craft a violin finer than any other. The stakes are high: aside from a golden necklace, the winner will also gain the hand in marriage of the beautiful daughter of the master craftsman Ferrari.

This is the plot of Le luthier de Crémone. Jenő Hubay was a major figure not only as a composer, but also as a violinist and as a teacher of the instrument. Dubbed the “Hungarian Paganini”, he was invited to perform in the concert halls of Paris from an early age.

It was presumably during the years he spent in France that he selected François Coppée’s play of the same title, one of the most popular comedies of its era, as the subject of his opera. The catchy music – light and tuneful – and the famous slightly gloomy but heartfelt violin part remind one of both French elegance and operetta.

The piece takes viewers into an appealing world in which a love triangle is resolved through human decency and self-sacrifice. Premiered in Budapest in 1894, Le luthier de Crémone is Hubay’s most popular opera. On special occasions, the composer himself would play its remarkable violin solo. The work received great acclaim both in Hungary and abroad, with runs in Germany, Switzerland, Austria and even New York, making it the second Hungarian opera, after Karl Goldmark’s Die Königin von Saba, to be staged on the other side of the Atlantic.

Since being made into a television drama in 1987, it has not been performed for more than 30 years. Staging it now will be Bence Varga, who attracted notice for his production of Sancta Susanna.