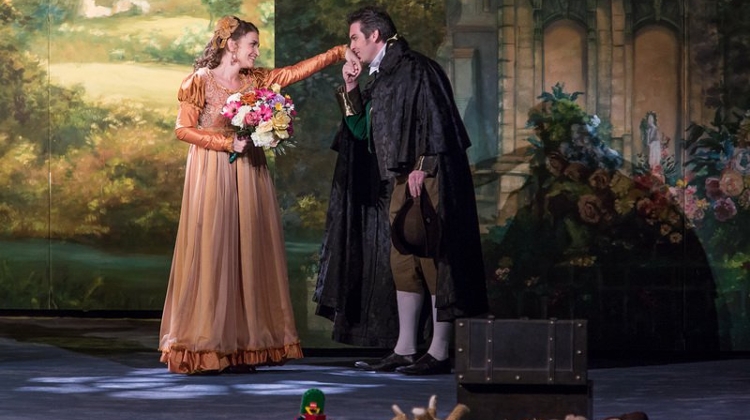 This lyrical drama in French, with Hungarian and English subtitles, has excellent reviews - such as, "János Szikora’s production can be regarded as an embodiment of the principle that “less is more” as he steers Goethe’s story with a sure hand but minimal invention to the end".

Goethe dashed out The Sorrows of Young Werther in all of six weeks.

The novel, which relates, through a series of letters, the hopeless love of a young poet who chooses death to escape his torments, became an immediate best seller.

At a stroke it both catapulted its author to fame and launched the Werther cult: women perfumed themselves with Eau de Werther, Werther attire was hawked to men, while a noticeable spike in suicides ensued across Germany.

With exquisite sensitivity, Jules Massenet found the musical and dramatic language to transform the German epistolary novel into one of the most heart-wrenching love stories in the operatic literature.

This performance was recodred at the Hungarian State Opera House on the 6th of June 2017.