All About Allergic Rhinitis & How To Treat It, By FirstMed Budapest 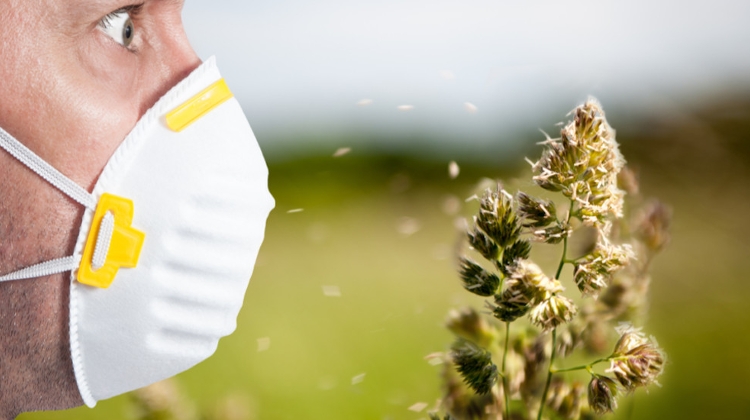 By Dr. Viktória Kovács: Allergy is an excessive and derailed reaction of the immune system to substances, that normally do not elicit any response from the body. These substances are called allergens, such as pollens, animal hair, mites, mold spores, poisons of various animals, microorganisms, foods, drugs, chemicals, heavy metals, etc.

The first encounter with the allergen the body becomes sensitive, but it doesn’t provoke any symptoms yet. However, on repeated encounters, the antibodies (IgE) already produced elicit an immediate reaction.

What is allergic rhinitis?

What are the types of allergic rhinitis?

There are two basic types of allergic rhinitis:

*Seasonal allergic rhinitis (hay fever): This one always appears each year at the same time and lasts for a set period of time. It is caused by so-called outdoor allergens; e.g. caused by pollens or fungal spores
*Perennial allergic rhinitis: this type is characterized by symptoms throughout the year. It is caused by so-called indoor allergens; e.g. house dust mites, animal hair, saliva, body fluids, and some fungal species

In which seasons can hay fever occur?

In the temperate zone there are three seasons:

What are the typical symptoms of allergic rhinitis?

What determines the severity of symptoms?

The severity of symptoms is mostly determined by the amount of allergen, the time spent in the allergen-rich environment, the individual’s sensitivity, the effectiveness of the therapy, and the degree of air pollution.

What makes someone affected by allergic rhinitis?

How is allergic rhinitis diagnosed?

The diagnosis is based on the patient’s medical history, symptoms, consultation with an ENT, allergic skin test (prick test), or determination of the level of antibody produced against the allergen in the blood. Occasionally further testing may be required. However, a diagnosis of allergic disease can only be made if the clinical symptoms are related to the finding.

What lifestyle advice can be given for allergic rhinitis?

In the treatment of allergic rhinitis, it is important to avoid allergens as much as possible and to reduce the concentration. These tips should be followed:

*During pollen season or during pollen peaks stay outdoors as little as possible.
*Wear glasses to prevent pollen from sticking to the conjunctiva
* When the symptoms occur wash your face, hands, hair, and rinse your nose as often as possible
* Long hair, mustaches, beards can store large amounts of pollen, so it is not advised
* During pollen season in warm and windy weather keep the windows closed and do not sleep with the windows open
* If you are traveling by train, do not sit next to an open window, but sit in the middle of the car with your back to the direction of travel.
* The car window must be kept closed even in warm weather, your car’s pollen filter should be replaced regularly
* Dust off your clothes before entering your home
* Don’t keep flowers in your home
* Don’t eat honey
*Plan your holiday around the blooming season
* If your symptoms improve or disappear with medication, don’t stop taking them, because your symptoms will reappear

Cross-reactions between pollen and certain foods:

Certain foods, especially vegetables, fruits, and herbs, have epitopes (the structural parts responsible for causing symptoms) that are similar to pollen, so consuming them causes similar symptoms. Consuming them during the pollen season aggravates the symptoms. 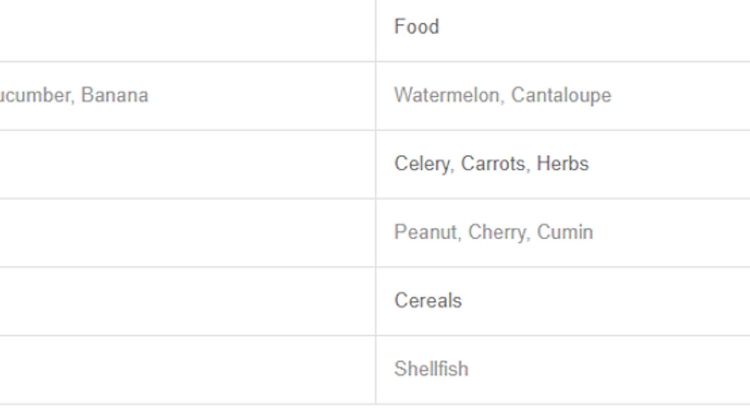 Can allergic rhinitis be cured?

It cannot be cured, because we don’t know the exact cause of it. However, allergic rhinitis can be controlled with regular, continuous treatment. Symptoms can be alleviated and their duration can be significantly shortened. In addition, so-called desensitization is performed using vaccines containing standardized allergen extracts.

The essence of this method of treatment is to administer an increasing dose of the allergen to the body, especially to the sublingual area, until the immune system becomes accustomed to it, thus reducing or even eliminating the unpleasant symptoms of reactions caused by a particular allergen.

In case of allergic rhinitis, what are the most commonly used antiallergic drugs?

The treatment of allergic rhinitis is always determined by your doctor. The first step in the tiered treatment strategy is to avoid the allergen, followed by topical preparations (nasal spray, eye drops,), and finally oral medications.

The most important elements and medicines of the complex treatment are the following:
* Elimination of the allergen
* Antihistamines: drugs released in an allergic reaction that counteract the effects of histamine, which is largely responsible for the symptoms. They can be administered topically as well as tablets. New generation compounds very rarely cause side effects (drowsiness).
* Corticosteroids: from the basis of topical treatment and can be given in the form of nasal sprays and eye drops.
* Nasal sprays and drops that delay the nasal mucosa: are not part of the modern treatment of allergic rhinitis. These preparations reduce the swelling of the mucous membranes and the formation of secretions by constricting the vessels of the nasal mucosa, however, their long-term use can cause habituation, permanent nasal mucosal swelling

What are the potential complications of untreated allergic rhinitis?

An additional danger is that the swollen nasal mucosa narrows the mouth of the paranasal cavities and poor ventilation creates the condition for acute or chronic inflammation of the paranasal sinuses.

Inhibited nasal breathing, prolonged inflammation of the nose and nasopharynx also affect the eardrum, impaired middle ear ventilation, and often leads to otitis media and consequent conduction-type hearing loss. Inhibited nasal breathing also worsens the position of the lower respiratory tract, because the role of cleansing, moisturizing, and warming of the nose is lost.

Inhaled air enters the lower respiratory tract infiltered in the case of inhibited nasal breathing which in itself can cause a cough. Inhaled allergens can also cause sinobronchitis.