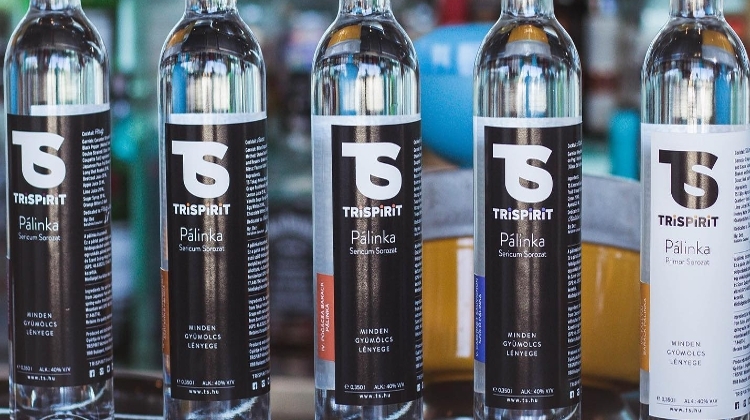 I have a minor confession to make. I’m a pálinka snob. Well yes, I’ve got high standards for most spirits but there are fantastic drinks, across the backbar shelves, for not much dollah in other categories.

When it comes to the Hungarian fruit brandy however, as with other Eau-de-vies like Grappa or Schnapps, you get what you pay for. The fruit, the care of the fruit and the delicacy of the distillation, costs.

If I have a shot of your run of the mill commercial pálinka, I’m a bit disappointed but try to give it the benefit of the doubt that it's been made with the best intentions (nevermind whether it strictly sticks to the protected rules of the spirit production).

The higher end of the market has some great stuff coming out now. By that I mean only a handful of distillers though. And here’s where I’m going to piss off a lot of Hungarians and foreign locals: Házi (home made or commissioned home fruit made) is generally awful. It seems like the Emperor’s new clothes.

Everyone says it’s traditional to have a rough, super high alcohol shot that you really don’t want to go back to, it seems that it must be delicious and all part of the fun. Many will say to me that that’s what real pálinka is and any deviation is just fancy modern nonsense.

If that were to be the case then I’d probably have given up on the stuff after the first few years of pretending to enjoy the paint stripper having just butchered a pig. Yes, there are exceptions.

There are some good Házis out there but there’s a reason why some of the Hungarian nicknames for pálinka are  tüzes víz (fiery water), kerítésszaggató (fence ripper (as the farmer collapses whilst leaning on his fence) and possibly my favourite, boszorkányfing (witches’ fart).

Actually, come to think of it, I might have to charge XpatLoop for close protection after this goes out :)

I first met Tamás Kókány in 2017 when we were brought together by a mutual friend who was designing the labelling for Tamás’ first range of pálinkas to hit the market. Due to my prejudices previously mentioned, I was just doing someone a favour really and I didn’t expect much.

I had tasted a lot of pálinkas by then and already had a couple of producers that I, in the main, thought were getting it right and were already on the shelves of the bars I worked with.

After an hour of the two of us tasting, he asks the dreaded question of course. “So whaddyathink?”

I was really pleased to say that I thought they were magic and would he mind if I tasted them all again (sometimes when work and pleasure merge, these things happen).

By then Tamás had been working on TRiSPiRiT pálinka for three years, learning and experiencing the trials and tribulations of fruit and distillation. Just repeating the Hungarian mantra of, “if the fruit is good enough for jam, then it’s good for pálinka,” is not much of a guide. I’d prefer to eat perfectly ripened fresh fruit anyway and that’s what will make a fabulous pálinka.

By the time the booze had got to me the work and study had clearly paid off. However, it was just the foundation. The problem with great pálinka is that the Hungarian fruit it requires is inconsistent year to year just as grapes are in wine making. So one year might yield an awesome peach from somewhere up north but the next year less so.

Tamás reflects this in TRiSPiRiT - once the good raspberry pálinka is gone, it might not come back until the time is right. It’s a sort of vintage system as with wine. There were several TRiSPiRiTs that also fell a bit short for me, in part I imagine because the fruit wasn’t of the usual standard.

For a variety of reasons,  I’m rather cynical when I see a big brand producing the same fruit spirit every year without fail. Recent vintages that have shone are the Cabernet Sauvignon grape from Szekszárd and the Japanese flat peach from Ordacsehi.

TRiSPiRiT is so called as the founders were Tamás and his two best mates - three souls in the spirit business if you like. A crucial part of the elegance and aromatics of great pálinka is the distillation still itself. The German company Müller’s Aromat still series is like a blend of the traditional and high-tech with a huge number of delicate variables to get the aromatic beauty the distiller is going for. Naturally, the boys had to get their mitts on one.

This spirit is some rare gear by the way… only really available in good bars but a few of the varieties have made their way to Culinaris, Wolt (Babka) and Opera Trafik.

Alright then Mr. Bartender, what  does it taste like?!

I’ve chosen these two as they are my favourites at the moment and can be enjoyed across the board of pálinka drinkers, whether they be your friend who has popped over for a city break or for your Hungarian relative who keeps banging on about the old school stuff.

Room Temperature and it should be noted that both improve after some time exposed to the air. This isn’t a shot kids! We’re looking for a journey.

Taste: vegetal, chunky pear skin then mint and pear. Jammy and perfumey at the same time.

Nose: Cakey (is that a word?), amaretto and lavender, reminiscent of Szilvás Gomboc, the plum dumplings

Finish: More of the above. Approachable for the novice yet traditional enough for the local (apart from my first next-door neighbour Pistabácsi who frowns on anything below 65% abv).