Budapest Ranked as the World Leader in Tram Transport 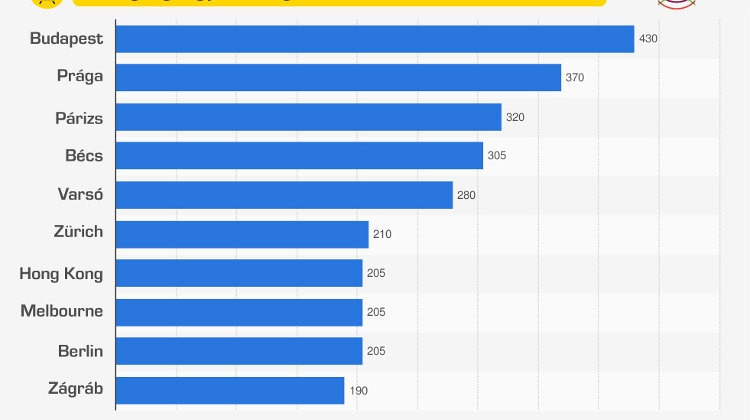 Based on the latest data of the International Union of Public Transport (UITP), the Hungarian capital has the highest number of tram passengers in the world. As a result, we can fairly call Budapest the world leader in tram transport.

As the Hungarian news portal Helló Magyar reports, Central Europe’s advanced tram network is the result of historical events. One reason could be the lack of money during socialism. Living standards were lower in this region. Only a narrow section of society could afford to buy a private car, so tram networks had a prominent role in public transport.

The contrary could be experienced in Western Europe where several tram lines were dismantled in the 1950s, 60s and 70s.

The difference can be best seen by examining the tram network of Berlin, where only Eastern Berlin retained its tram network, with only a few trams stretching into the western part after the fall of the wall. In Western Europe (mainly in France) and in America, the tram renaissance started in the second half of the 1980s.

Only Paris made it to the TOP3 of the list that ranked cities with the busiest tram networks in the world.

The largest tram network in the world by track length can be found in Melbourne.

Additionally, Hong Kong has also retained a well-developed tram network from the 19th and 20th centuries built under British influence. Both of the cities are continuously developing their tram lines. In contrast, the once huge networks of London, New York and Los Angeles have practically disappeared by the passage of time. Only one tram was re-launched in London’s suburbs at the end of the 20th century.

As far as Eastern Europe is concerned, Moscow and St. Petersburg have the largest metro systems. The latter boasts the second-longest network in the world, but the number of passengers did not even make it into the top 10.

This can be explained by the technically neglected and unattractive networks, due to which there are fewer and fewer passengers choosing this form of public transport.

The Hungarian capital has a well-developed tram networking. On top of that, based on the most recent UITP data (2018), Budapest made it to the top in the ranking of the busiest tram networks in the world.

Even though the Rákóczi and Bajcsy-Zsilinszky road tram lines were completely abolished in the past, Budapest can take pride in its well-developed tram network.

Moreover, these lines might revive soon if the current government and Budapest plans will be carried out. Within the framework of the development project, the plans for the extension of the Buda Tramway have been finalised.

It will extend from Szent Gellért Square along the Danube bank, then after the Rákóczi Bridge, turning west to Budafoki Road. As part of converting Budapest’s City Park into a car-free zone, a new bridge will connect the 13th and 14th districts of Budapest, where a tram line will be constructed, extending the ring of Tram 3 and providing better connectivity.

Additionally, another tram line will pass over the new Danube bridge that will connect the rapidly developing areas of South Buda, Csepel and South Pest.

The surrounding area of Nyugati Railway Station will also be revamped. Developers will have to submit proposals for the future Bajcsy-Zsilinszky Road line through Nyugati Square, the demolition of the flyover and the new tram line.