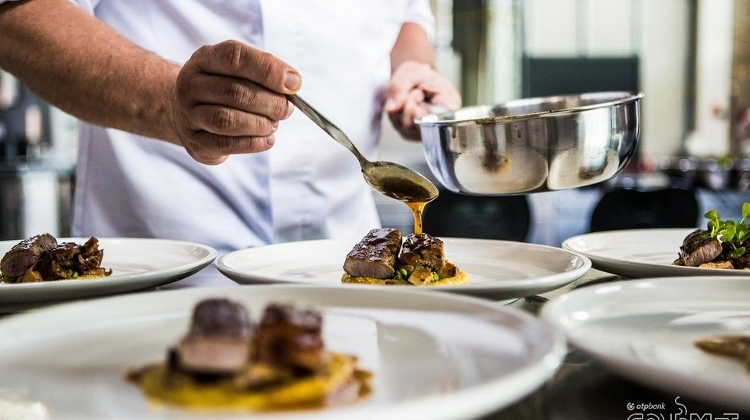 After two years of “fasting”, we can taste the most exciting culinary offer of Hungary at the Gourmet Festival again this year, listing the best restaurants, wineries and confectioneries, between May 27-29 at Millenáris Park in Budapest.

The organizers announced that on the last weekend of May 2022, the largest gastronomic festival in the country and the region, Gourmet, will be re-launched, and this year OTP Bank will be the name-sponsor.

"In the spring of 2020 we were enthusiastically preparing for the 10th anniversary of the festival with the exciting theme of heritage" says Richard Nemes, Gourmet's chief organiser. "Unfortunately we had to put if off for the well-known reasons, and we were forced to cancel it in 2021, too.

Finally, it seems that now we can continue and organize the festival as planned two years ago, that is, Gourmet will be celebrating the 10th edition in 2022 and the keyword will also remain the same: heritage.

This means that instead of a certain dish or set ingredients, we are asking the chefs of the exhibiting restaurants to come up with personal recipes and dishes, spicing them with their own stories" - added Nemes.

Károly Gerendai, the founder of the festival says, "The festival was set up with the aim of bringing quality gastronomy to a wider national audience. The recent period, with the significant decline in tourism, has confirmed the importance of the domestic audience and the need for Hungarian visitors to keep the excellent gastronomy of Hungary alive."

Click here for more info about the Gourmet Festival