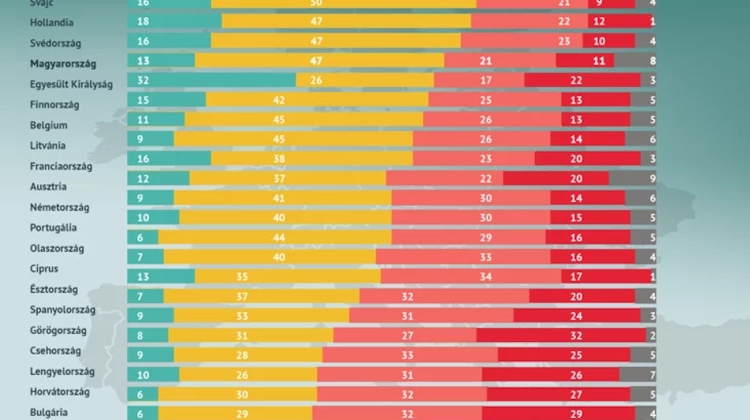 Hungarians are significantly more satisfied with their government’s pandemic measures than other Europeans are with theirs, Századvég Foundation said on Friday, citing a survey based on interviews with 30,000 European residents.

The survey dubbed Századvég Európa Projekt 2021 covering 30 European countries showed that in a minority of countries, including Hungary, respondents said they were basically satisfied with vaccination and job-protection measures, while in the majority of countries people were generally discontented with government measures to soften the economic consequences of the pandemic.

Some 82% of European residents considered the coronavirus pandemic a cause for concern, and only 5% said concerns were exaggerated.

Top of the list were southern countries including Portugal (92%), Malta (90%) and Spain (89%), while the other end of the list included some central and eastern European countries such as Latvia (61%), Czech Republic (66%) and Slovenia (69%). Hungary was near the middle, with 79% saying they were more or less concerned about coronavirus and 7% saying fears were exaggerated.

Hungary was in the top third of European countries in terms of public satisfaction with the vaccination drive.

The country led the European list, with 44% of those saying they had maximum satisfaction with the vaccination drive, followed by the UK and Malta. Some 47% of Europeans said they were dissatisfied with the government handling of economic consequences.

At the same time, a relatively high proportion of 22% said they were not satisfied with the measures.