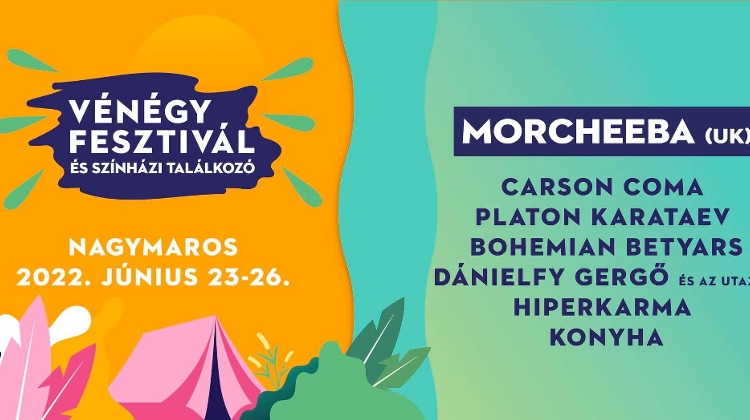 The VéNégy Festival (Visegrád Four) and Theatre Meeting will offer over fifty music programmes on four stages in Nagymaros, in northern Hungary, on June 23-26, the organisers announced.

The programme includes a mix of rock, pop, electronic, folk and acoustic productions and DJ sets in the town at the largest festival of the Danube Bend region, they said in a statement.

On the opening day the line-up includes Mörk, Hiperkarma, Beton Hofi, Ohnody and Bonilevine. In a highlight event, Morcheeba will take the stage on June 25 after Carson Coma, Saya Noé and the Utazók.