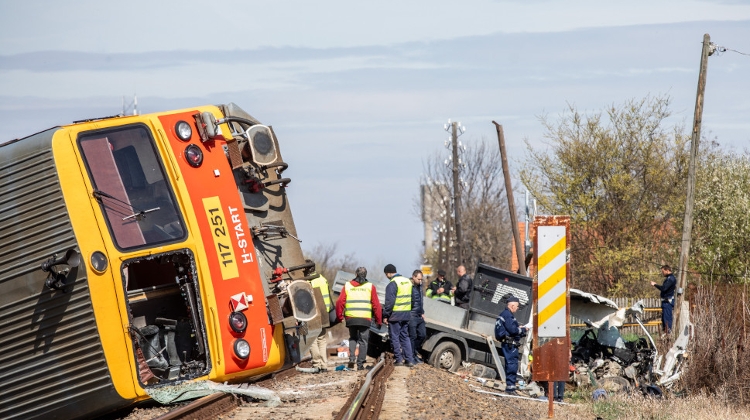 Five people died and over ten were injured when a van drove in front of a train in Mindszent, in southern Hungary, on Tuesday morning, MTI’s on-site correspondent reported.

The accident took place just before 7am at a rail crossing in the town centre when the van drove onto the rails and collided with a train from Szentes to Hódmezővásárhely.

The train derailed and careened into a ditch 60 metres from the site of the impact, while five out of the van’s seven passengers died at the scene. Police closed the road to aid inspection and rescue efforts, while an ambulance helicopter was dispatched to the site.

Firefighters were alerted to the scene, while the rescue was coordinated by the Disaster Management Operations Service.

National railway company MÁV said the train had been carrying 22 passengers, two of whom suffered serious injuries, while eight were lightly hurt.

According to MÁV, the railway lights were functioning properly and the van had driven in front of the train when the light was red. Replacement buses will carry railway passengers between Szentes and
Hódmezővásárhely until Wednesday morning.