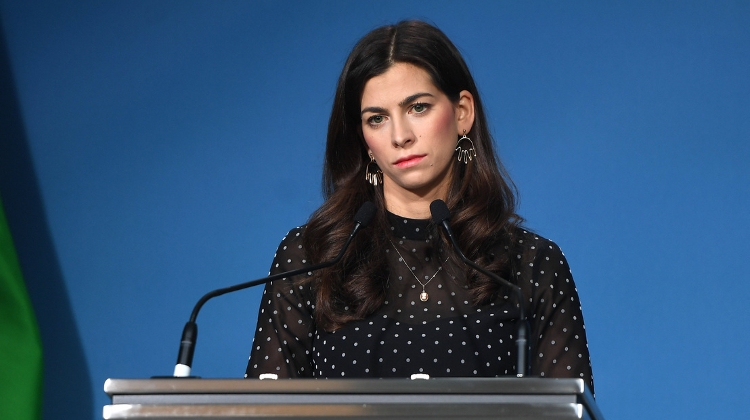 The government is mulling an amendment to the Fundamental Law, to expand the scope of the special legal order to include humanitarian catastrophes and war in a neighbouring country, government spokesperson Alexandra Szentkirályi told news channel M1 on Friday.

The special legal order was originally introduced because the coronavirus pandemic made it necessary that the government should be able to take swift action, Szentkirályi said.

That mandate will expire on May 31, she said, but the government is anticipating other situations prompting swift intervention.

So far, Hungary’s government has spent 40 billion forints (EUR 107.8m) on aiding refugees fleeing the war, and has received merely 2% of that sum from the European Union, she said.

“That is not unexpected, as the government has only received 4 billion forints worth of funding for border protection, after spending 600 billion,” she said.

Szentkirályi called on the EU to “take on more of the burden Hungary is shouldering on behalf of the whole bloc”.

The price caps on basic foods and fuel, which the government introduced earlier this year, “are enormous help for Hungarians and have curbed inflation,” she said. Without the price caps and the utility fee cuts, inflation would currently be near 13% rather than 8.6%, she said.

The government does not intend to introduce austerity measures and will continue to support families, she said.

Speaking on public broadcaster Kossuth Radio, Szentkirályi said Hungary’s economy was robust enough to support the price caps because the “government has handled public funds well”. Growing inflation is mostly caused by skyrocketing energy prices, a global trend rather than a national one, she said.

Hungarian inflation is still 0.1 of a percentage point smaller than that of the US, she added. While Hungary continues to count on EU resources that are “due to the Hungarian people”, the country will not have to resort to austerity measures or an IMF loan should they not arrive, because the economy is not as “tight” as it was before 2008, she said.