Economy Expands by 8.2% in Hungary 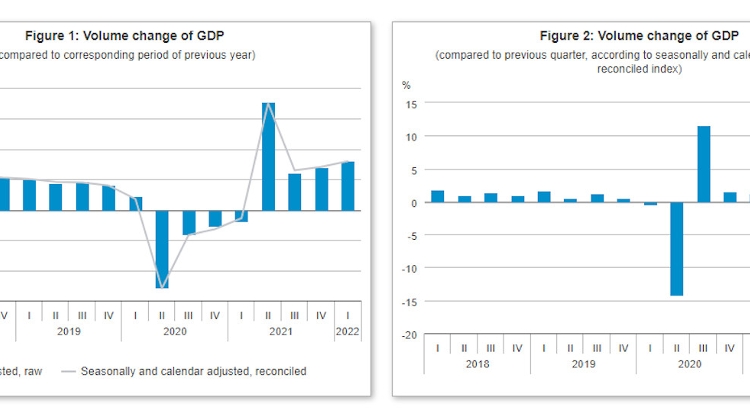 Hungary’s GDP grew by an annual 8.2% in the first quarter, the Central Statistical Office (KSH) said in a second reading of data. Adjusted for seasonal and calendar-year effects, first-quarter GDP rose by 8% year on year. Quarter on quarter, adjusted GDP grew by 2.1%.

Output of industry rose by 4.9% during the period, while output of services climbed 9.9% and construction output increased by 18.3%.

Within services, output of the commercial accommodations and catering segment rose by 80.8%, rebounding from the base period when pandemic restrictions still weighed.

Equilor Investment senior analyst Zoltán Varga said the fresh data showed government transfers in the form of a tax refund for families raising children, and bonuses for pensioners, the police and the armed forces had supported consumption during the period.

Fiscal adjustments could cause growth to slow in the third quarter as state investments are rescheduled, while higher financing costs could hold back private sector investment, he added.

Magyar Bankholding chief analyst Gergely Suppan said growth could slow in the coming quarters on base effects and the impact of the war in Ukraine.

Among downside risks, he put supply chain interruptions because of the war and sanctions on Russia, the commodities squeeze, higher lending rates and “runaway inflation”, while upside risks include new industrial capacities, an easing of the shortage of semiconductors and other parts, and high order stocks in the industrial and construction sectors.