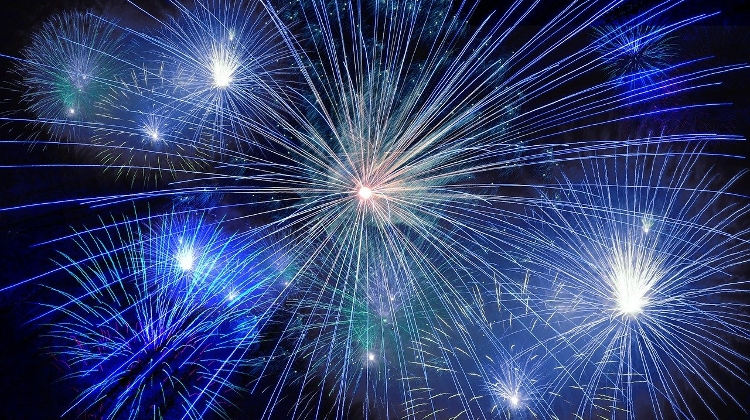 At least half a dozen cities and towns across Hungary have cancelled firework displays planned for the annual August 20 celebrations, citing, among other reasons, inappropriateness in view of the current economic hardships which many citizens are facing.

Sandor Elek, the mayor of Törökbálint, said the energy crisis caused by the war has also reached the families of Torokbalint, and hard times await them, so it is better to save money.

Laszlo Vegh, the Fidesz mayor of Sümeg, in Veszprém county, explained his decision on Facebook, saying that, as a result of cuts in household energy subsidies, many households will see a significant increase in utility costs.

Hungary is also dreading the autumn and winter, that is why we have decided not to celebrate the founding of the state with fireworks in Sumeg on August 20 this year.

The move will save half a million forints, which will be used to help those in need in Sumeg, Vegh said.

In contrast, the government is preparing to celebrate the founding of the state on August 20 with what it says will be Europe's largest fireworks display and a four-day programme in Budapest, but is refusing to reveal the costs.

The state tourism agency MTU has said that the relevant data will not be made public for ten years.

The MTU announced in a press release that the fireworks alone will cost Ft 1.6 billion this year, but no information was disclosed about the additional elements or the additional costs of the programme series.

Joining several other towns, the northeastern city of Miskolc will not be shooting off fireworks on August 20, Miskolc Mayor Pál Veres announced on Wednesday evening.

Veres argued that spending public money on the traditional fireworks display on Hungary’s national holiday would be an indefensible and irresponsible waste due to the country’s current unpredictable financial situation.

The city now intends to spend the money set aside for the display on items “that truly serve the people of Miskolc and their interests in this extremely difficult situation.”

Miskolc follows Salgótarján, Siófok, Pécs, and Sümeg as the fifth city that has decided to call off its August 20 fireworks display.

But whereas the first four settlements are led by Hungary’s political opposition, Veszprém County’s Sümeg has a Fidesz mayor and a pro-government majority in its local representative body.

It is not yet known, writes Magyar Narancs, whether Mayor László Végh will face retribution from his party for this act, or whether other Fidesz-led towns will follow Sümeg in cancelling their annual fireworks display.