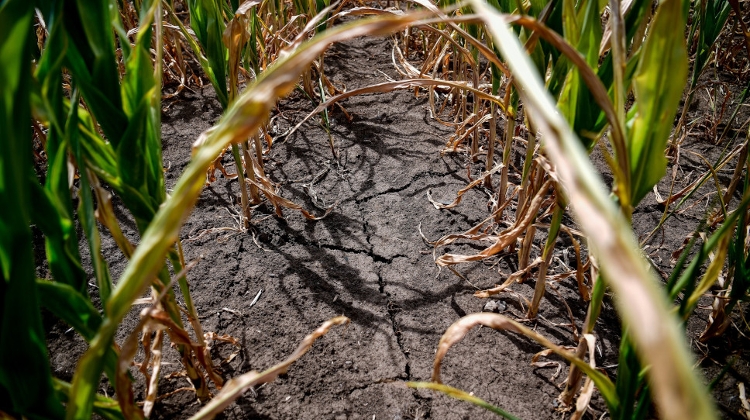 The government has decided to set up an operative body to make proposals for central measures to tackle the impacts of the current droughts, the agriculture ministry quoted the minister, István Nagy, as saying, noting that nearly half of Europe was affected, while Hungary was facing a “drought of historical proportion”.

In mid-July, the largest part of the country was hit by a serious drought, reducing this year’s wheat harvest by 25%, and completely destroying corn fields in most of central and eastern Hungary.

A lack of rain over the past weeks was now threatening with a poor harvest in western parts of the country too, he said.

In eastern Hungary, meadows have been burnt out, leaving the animal stock without grazing grounds and hay for the wintertime, the statement said.

The new body will “start working without delay to tackle the challenges before Hungary’s agriculture and help farmers manage difficulties”, Nagy said in the statement, pledging to assist farmers with “all possible means”.