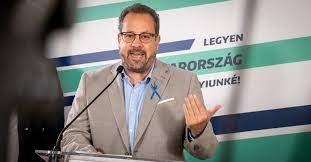 The 2023 draft budget is “unsustainable” and “fictitious”, the head of parliament’s budgetary committee, of the opposition Socialists, said on Wednesday.

Zoltán Vajda told an online press conference that the inflation figure included in the budget proposal would be impossible to maintain.

“Even the central bank does not believe that inflation will be halved at 5.2% next year and projects 8-9% instead,” he added.

The budget has been calculated with 4% GDP growth for next year, yet Márton Nagy, the minister of economic development, talks about the threat of a recession in Hungary, Vajda said.

The euro exchange rate of 370 against the forint projected in the budget is unsustainable, he added. European Union resources of 2,000 billion forints (EUR 5bn) have been budgeted for 2023, but if these monies fail to arrive, the budget will collapse, he said.

The government refuses to cut its own costs but wants to save costs on the people by introducing taxes on extra profits for companies, which they will pass on to customers, he said.