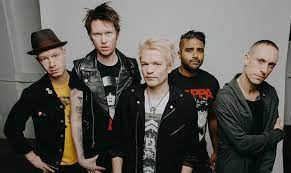 As Sum 41's lead singer Deryck Whibley word dropped during their VOLT festival performance, the news is true: Sum 41 will return to Budapest on October 2nd for an unforgettable Arena show, organised by New Beat and Live Nation.

And who else would join them on the Does This Look All Killer No Filler tour if not the Simple Plan.

Sum 41 shares a decades-long friendship with Simple Plan, who not only share Canadian roots, but their energetic, upbeat live show and their catchy, honest lyrics also connects the two bands.

No doubt they will surely give us an unforgettable concert and take us back to the carefree world of the 2000s on October 2nd at the Budapest Arena.