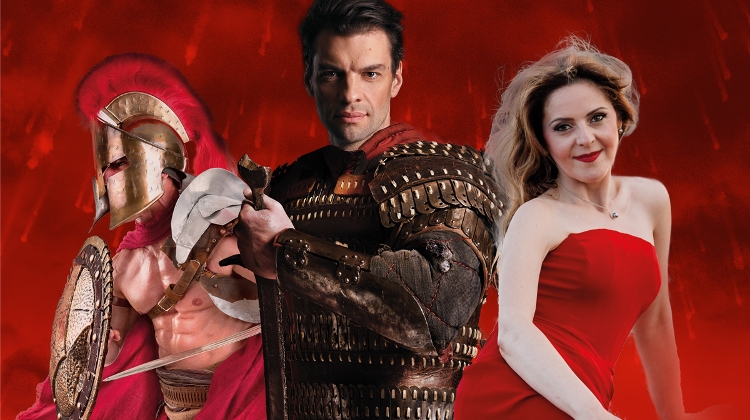 Legends, secrets, past and future. 400 sqm LED walls, 21st century visual technology, film effects.  The spectecular animated environment evokes the atmosphere of the time with Verdi's monumental and passionate music in the Hungarian-related opera on 12 and 14 August on the open air stage of the Margaret Island Theatre.

The role of Attila, the Hun king, is portrayed by the famous bass singer, Gábor Bretz, and the female lead Odabella is sung by none other than the world-famous Italian soprano, the specialist of the character  Maria Agresta, who is a regular partner of such world famous stars as Plácido Domingo or Jonas Kaufmann.

The lifework of the Italian composer Giuseppe Fortunino Francesco Verdi obviously needs no introduction. His pieces many times withstood the test of time, and even two centuries after their composition , they are still among the most beloved themes of opera directors.

The unforgettable melodies of Traviata, Nabucco, Aida, Rigoletto, or even The Masquerade Ball - just to mention a few out of the eternal classics -  have been performed for centuries on the most significant opera stages of the world. Some of the arias, like  La Donna e mobile or Brindisi have even become such success, that by now it is difficult to imagine an opera gala without them.

But there also exist some earlier works of Verdi ,which have been undeservedly forgotten in the shadow of the 'great favourites'. The story of "The Scourge of God" the mystical Hun leader Attila, is one of them, despite of its heartwarmingly beautiful melodies and extremely human conflicts and passionate emotions.

However, Margaret Island Theatre does not follow the usual "mandatory pieces. It's famous for its unexpected and spectacular undertakings and for this reason for two evenings in mid-August, it puts on stage the story of the mysteriously deceased warlord with a fantastic cast, animated film effects and grandiose LED lighting. This spectecular opera experience is coupled with a comprehensive historical exhibition in the Water Tower. The exhibition evokes the legendary figure of Attila the Hun and tells his story.

"Meeting of the past and the future, classical and modern, even by Western standards, this production is a real visual attraction"  - said Teodóra Bán, Managing Director of the Margaret Island Theatre, artistic director and creative producer of  the "Attila" opera performance. It is a huge challenge to evoke, what's more to bring to life, a historical age of 1500 years ago that surpasses classical set elements with modern visual technology, floor-to-ceiling LED walls, and with incredibly detailed animation sceney. It is a fascinating experience."

Gábor Bretz considers it a great challenge to portray the figure of the Hun king. The fantastic singer is a perfect choice in all aspects for this role. His artistic qualities make him worthy of the role of Attila.

"I have not had the opportunity yet of playing this role, but I am very grateful to Teodóra Bán for giving me this opportunity now. Attila is one of the early works of Verdi, but despite of the fact that similarly  to his later works it also has many beautiful and heartwarming melodies it is not a frequently performed piece, said bass-baritone singer Gábor Bretz, who plays Attila.

"I have already played many Verdi characters, both large and small ones, and similar to all the others, this was and is a great challenge for me. It is a beautiful and multifaceted character, to which I have a close link by now. I do my best to interpret this character to the audience the most honest and beautiful way, he added.

The young singer, Maria Agresta. visited Budapest a few years ago and although she did not have the opportunity to visit the city as she intended, "the people and the warm hospitality of this region attracted her very much.

"I consider myself lucky because I have had the chance to sing many great female roles, but Odabella is an outstandingly important role for me because it is a real turning point in my career, which allowed me to perform in front of a much larger audience and to meet my current manager eleven years ago" -recalled the guest star of the evening , the Italian soprano Maria Agresta, winner of numerous music competitions.