Hungarian Opinion: Row Continues Over Judges Visiting the US Embassy 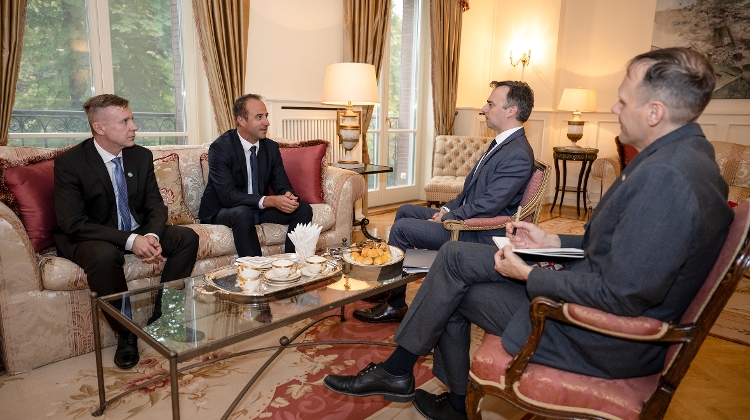 A left-wing commentator finds the accusations levelled at the two judges who met the US ambassador ridiculous, while a pro-government columnist condemns leftist outlets who take up the defence of the two judges as biased.

In Népszava, Zoltán Simon recalls a recent statement by the Hungarian Foreign Minister to the Daily Caller, in which Péter Szíjjártó said the war in Ukraine would never have broken out had Donald Trump been at the helm of the United States.

Just imagine, Simon remarks, what the right-wing Hungarian press would write if US Ambassador David Pressman had said Hungary would be better off if Péter Márki-Zay were Prime Minister. But the Ambassador didn’t do anything like that, yet he is still accused of interfering in Hungary’s domestic affairs, just for meeting two representatives of the National Council of the Judiciary, Simon complains.

He also deplores a statement by the President of the Kúria (the Supreme Court), who is the only ex officio member (that is not elected by judges) of the Council of the Judiciary and who termed the ‘behaviour’ of the two judges ‘scandalous’.

In Magyar Nemzet, Dávid Megyeri finds left-wing comments on the case proof of double standards. Such commentators, he suggests, only expect others to be impartial, while they themselves are strongly biased when they describe the meeting as business as usual.

What’s more, he continues, it seems that partisanship is also the rule among left-leaning judges. Megyeri reads the Ambassador’s tweet on the event as revealing that the two judges and the Council itself are critics of the government. (

The Ambassador thanked his guests ‘for the informative discussion about the Council’s critical role in Hungary’s judicial system’.) He interprets that sentence as an incriminating testimony on the part of the Ambassador after which it would be only too natural for the two judges to resign.