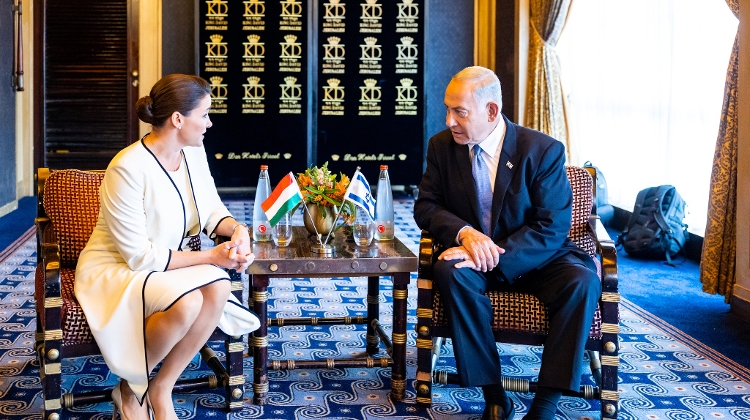 Hungary and Iran are working on developing economic cooperation in line with the policy of common sense and a pragmatism, the foreign minister has said.

This could contribute to Tehran returning to a peaceful coexistence in the international community, Péter Szijjártó told a press conference after the second meeting of the Hungary-Iran economic mixed committee in 2022.

Tuesday’s missile incident in Poland “finally forced everyone to realise that it would be best for the whole world if as many conflicts as possible could be ended” he said.

“We’d like Iran to be able to return as soon as possible to the system of peaceful coexistence within the international community, and considering that the global economy is facing serious challenges, we believe that [economic cooperation] could be a first stage in this return,” he added.

Participants at the meeting reviewed the possibilities for developing economic cooperation. Fully 96 companies from Hungary and Iran were represented at a business forum held parallel with the meeting.

Foreign Minister Péter Szijjártó welcomed a 45% increase in the volume of bilateral trade with Iran last year — and 55% this year — thanks to the increase in Hungarian textile and pharmaceutical exports and plastics imports from Iran.

Hungarian agricultural and food processing companies are accessing new export opportunities, and import licences are being issued for seed, poultry and certain medical instruments, he added.

Some 2,000 Iranian students are attending university courses in Hungary, mainly in health sciences and the economy, and the Hungarian state maintains 150 scholarship places for students from Iran, he said.

He also welcomed Iran’s efforts to stop migration waves and narcotics trading. He added that the country neighbouring Afghanistan and Pakistan had an important role to play in reducing the pressure of migration on Europe. He also said that Hungary was dedicated to the peaceful use of nuclear energy and supported the renewal of the Iran nuclear deal “which would strengthen global security”.

Szijjártó told a joint press conference with the Iranian finance minister that during the events of recent days “it was reassuring how global and European decision-makers maintained strategic calm and responsible behaviour”.

“An important lesson was that not everything is what it seems at first sight, and fake news and unfounded statements should not be trusted in such tense situations,” he added.

Hungary and Israel are promoters of peace, President Katalin Novák said after bilateral talks with Isaac Herzog, her Israeli counterpart, in Jerusalem. Ties between Hungary and Israel are very strong, and the governments continue to preserve and strengthen them in economy and politics, she said in a press statement.

Hungary has taken a stance for peace, and Israel is also committed to it, Novák said. Hungary condemns “Putin’s aggression” and wants peace, she added.

All nations have a right to peace; Israeli and Hungarian people “have a first-hand experience of that,” she said. “Israel is protecting strongly its people and country, which we can learn and draw consequences from,” she said.

The alliance between Hungary and Israel is “unshakeable”, and Hungary has taken a stand for Israel many times at international forums, she said. Hungary is proud to be home to Europe’s third largest Jewish community, and Jewish culture is “seeing a renaissance” in the country, she said.

Hungary will continue to support Israel and do everything in its power so that its Jewish citizens live in as safe an environment as possible, she added.

An effective and systemic defence force must be developed, he said. The Hungarian government launched its multi-year defence force development project in 2017, he noted.

Thanks to acquisitions and defence industry developments, Hungary can fulfil its international obligations at a high level in addition to being able to protect the country and the Hungarian people, he added.

Hungarian-Israeli relations work based on historical experiences, common values and interests, he said. The two countries have maintained “close and excellent relations” for a long time, including in defence, he added.

Under the arrangements of the Hungarian armed forces development scheme, “considerable Israeli ties have been established” in the defence industry which has gained new impetus and is now considered “a new cylinder in the engine of the Hungarian economy”, he said.

Parts of a new radar system are expected to arrive from 2023, and Hungarian-made components will be incorporated from 2025, he added.