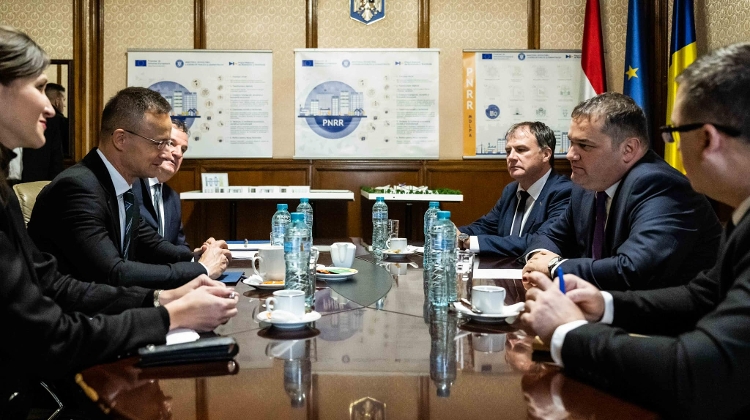 The Hungarian government has for years made it clear that it will continue to block formal meetings of the NATO-Ukraine Commission until the rights of ethnic Hungarians are restored in Ukraine, the foreign minister has said.

Péter Szijjártó confirmed to Hungarian public current affairs channel M1 a report by the Financial Times that the government was upholding its position on the matter.

The foreign minister of Ukraine will only participate in the working dinner at a summit of NATO foreign ministers in Bucharest, Szijjártó said on the sidelines of the meeting.

He said that ever since the war in Ukraine had broken out, “everybody can see that our country has not been addressing the issue of the rights of Transcarpathian Hungarians”.

“We are not bringing the issue up but we have not forgotten about it, either” Szijjártó said, expressing hope that once the war is over, the opportunity will arise to start discussions about the matter again.

At the NATO meeting, he said, an informal “non-paper” proposal had been put forward concerning the NATO-Ukraine Commission which Hungary and Turkey rejected signing.

Szijjártó said the working dinner to be attended by the Ukrainian foreign minister “would provide an appropriate platform for consultations as required by NATO member states”.

Every Effort Must be Made to Avoid Direct NATO-Russia Conflict, Says Hungarian Foreign Minister