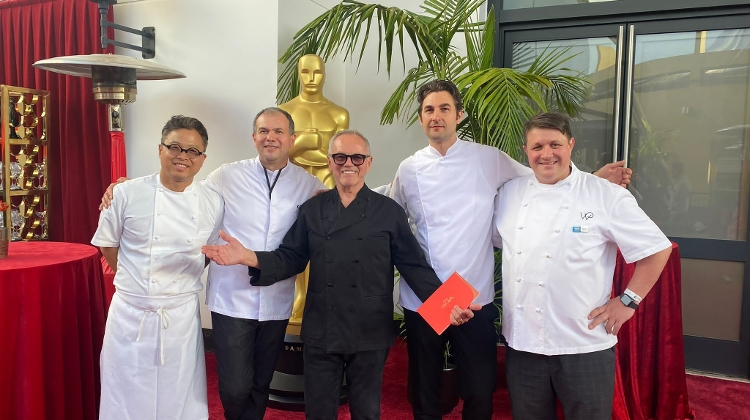 The chef greeted the movie stars at his own counter and presented them with the perfectly prepared iconic Hungarian dishes.

The first plate of Hunters’ stew was given to Samuel L. Jackson. This year’s post-award ceremony was particularly popular, with no post-gala reception due to the pandemic last year.

Wolfgang Puck and his team have been in charge of the event since 1995, they like to raise the bar year after year, and this party was no exception.

Chef Wolfgang Puck appeared with chef István Szántó on his side on ABC News's Emmy Award-winning show, Good Morning America, where they tasted the sumptuous dishes of one of the world's most famous parties in a show kitchen.

Preparations for the dinner had already begun three days earlier, and as the awards for best film were presented, and the hosts wished good night, more than 100 chefs, led by Wolfgang Puck, began presenting the prepared dishes in the huge kitchen.

“This is Hollywood’s biggest and most luxurious event. Both the gala and the reception take place in the same huge building. The event is on the fifth floor, and the chefs and cooks work in an 800 sqm kitchen on the sixth floor.” says István Szántó, the head chef of the Spago restaurant in Budapest.

“The kitchen opens to the function room, where there are 500 seats in addition to the standing places. We’re talking about an event for 1,500 people, and as a result, the volumes are truly amazing. We made 100 different dishes, of which 30 were desserts. Of these, 4 were Hungarian dishes.

The organizers expect ten servings of food per guest, so a total of 15,000 servings of food must be prepared. It’s an hour and a half or two after the awards ceremony, during which time the food goes out. That's why we need more than 100 chefs because that's the only way everything can arrive at a good pace.”

Chef István Szántó did not work in the kitchen but in the function room throughout the evening, as there were display counters in the space where special dishes, including Hunters' stew, were prepared:

“The first guest in the room was Samuel L. Jackson. I confess I was still packing our things at the counter with the other two chefs I belonged to when he arrived. I really only realized who I was going to cook for.

That’s when I realized it wasn’t an average event. For me, it doesn’t matter what event I cook at, it matters that I give my best, but when people who have that particular statuette in their hands arrive at the counter, it still feels different.

I am very glad that the award-winning creators of Dune also came to me. The film was shot in Hungary, and the sound engineer greeted me in Hungarian. I am proud of every dish, the completely traditionally made Eszterházy cake as well as the Somlói presented as special pastries. But the fact that they kept coming back to me for the Hunters' stew made of Wagyu beef was a wonderful feeling.

Several people said that it would not be appropriate to do this, to eat more servings of one food, but they could not resist it.”

Cooking at Hollywood's most luxurious party is the culmination of István Szántó's professional journey, who will only come home to Hungary in a week's time.

The chef has already visited Spago Restaurant in Beverly Hills before the party, and Wolfgang Puck’s CUT restaurant in Las Vegas as the next station after the party, where he learns more from the team of star chefs.

More about the Hungarian dishes of the gala:

Chicken paprikás "Hortobágyi" style - The chicken paprikás, prepared the traditional way, was wrapped in pasta. In terms of serving, the end result was similar to a spring roll. Pepper sauce was added.

Eszterházy cake - Prepared according to a traditional recipe and presented in the most traditional way.


Press release translated by Szilvia Molnár, a professional freelance writer, travel expert, mom of two, and admitted coffee addict. Though not necessarily in that order. Connect with her on LinkedIn or read about her latest travel experiences on the Exploration Lounge website. 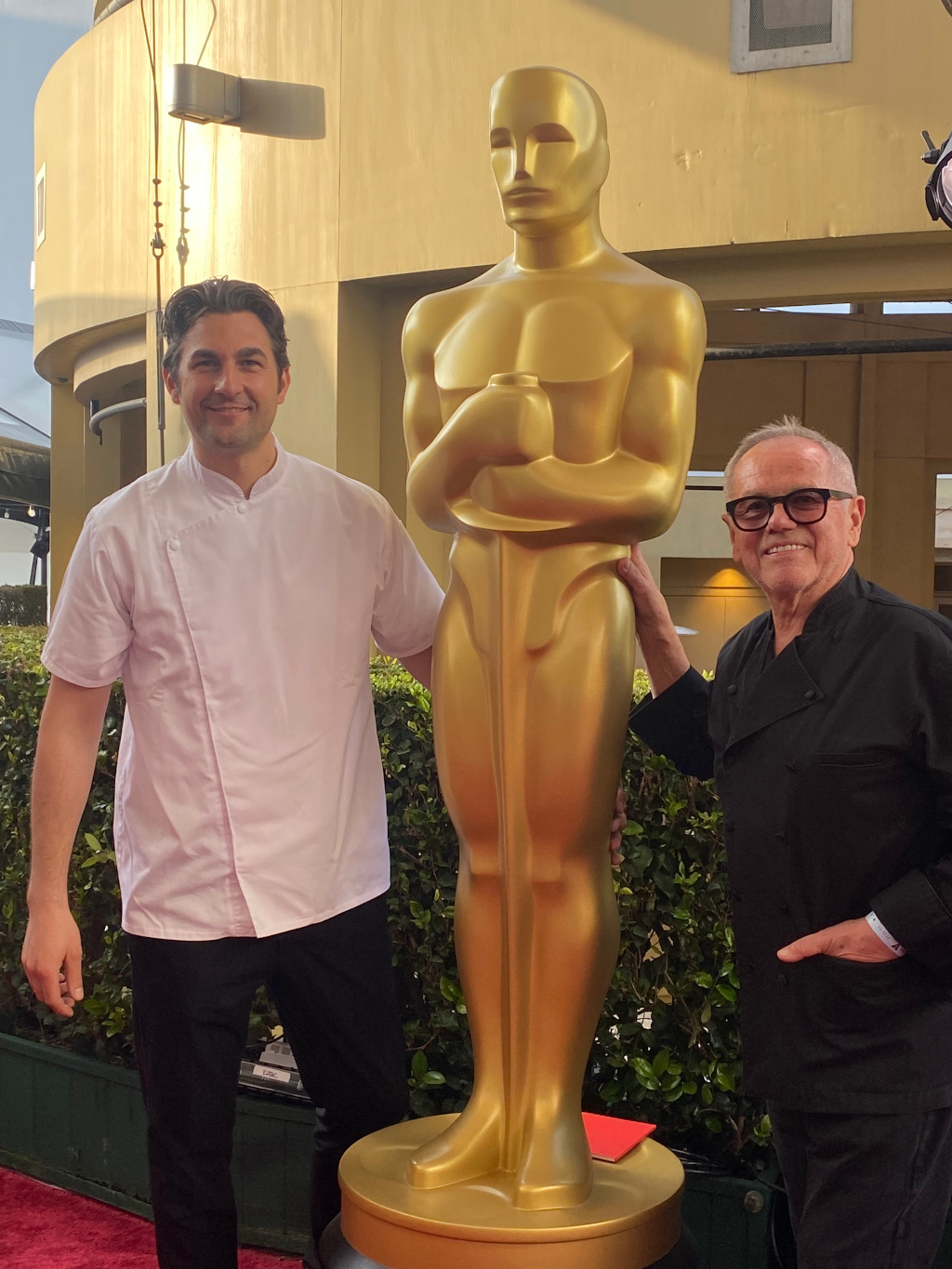