Special Effects Hungary Expands its Portfolio with a Virtual Studio 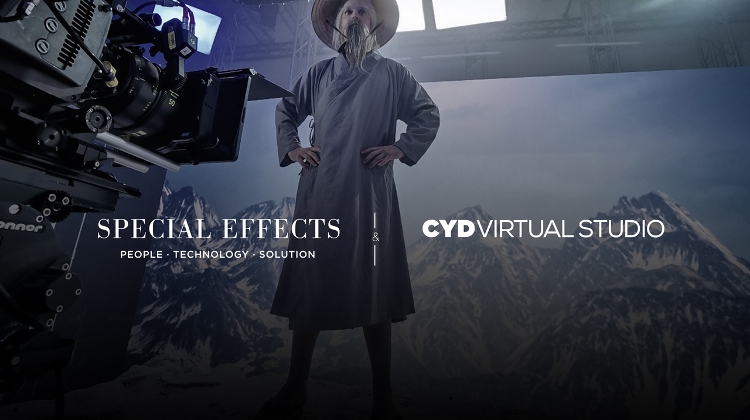 CYD Virtual Studio is a film studio with international references that specializes in the production of virtual content, combining virtual and real environments with state-of-the-art tools.

The founders - CEO, advertising and television producer Kati Csényi and technology producer Dániel Bényi - describe the technology as a combination of the film industry, the entertainment industry and the game industry.

During filming, a digitally reproduced photorealistic environment appears on the LED wall, so at the touch of a button, you can jump from the heights of the Himalayas to the bustling streets of New York, or simply to the surface of Mars, without the staff moving.

Any location can be created in 3D or customized from ever-growing libraries. The creative possibilities are limitless.

With this solution - similarly to Special Effects' XR Studio -, producers can save time and money, plus the post-production process is faster and easier. Virtual technology is becoming increasingly popular with international filmmakers, but it is also growing in popularity domestically, and more and more industry representatives believe it will be the production trend of the near future.

"Even on a European level, there are only a few studios equipped with this technology, and since Budapest is a particularly popular filming destination, we have made an effort to provide our customers not only with the location and equipment, but also with full support for the producers and the complete workflow - be it 2D/3D backgrounds or scanning of real locations," says owner Kati Csényi.

Special Effects was founded 40 years ago to produce television shows and film tricks, and then evolved into a full-service event provider. The internationally renowned company has returned to the entertainment industry this year - in addition to serving domestic and international events.

"We have opened up to the new market with pioneering solutions and professional collaboration," explains Tamás Szegő, Director of Sales and Marketing at Special Effects. "We can take the experience of film, television, commercials and video clips, as well as virtual and hybrid events to the next level."