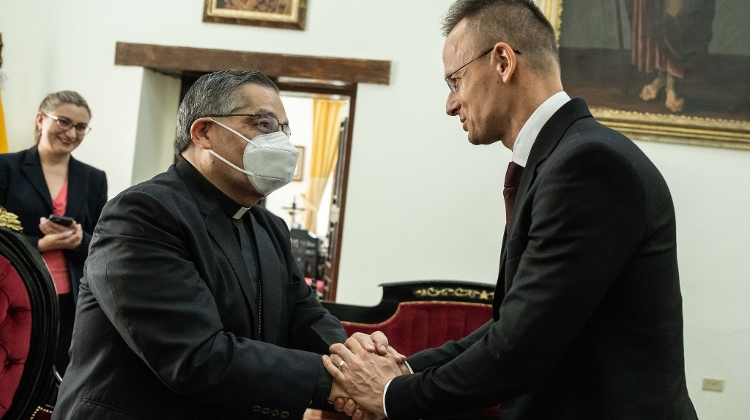 Hungary and Ecuador are signing a defence and a hydrocarbon industry cooperation agreement with the aim of preventing security risks and guaranteeing energy supply, Péter Szijjártó, the minister of foreign affairs and trade, said in Quito.

The world is facing severe security and energy supply crises, and the countries that build the broadest partnerships possible will be the ones to best cope with them, the foreign ministry cited Szijjártó as saying.

“The more countries we cooperate with, the easier it will be to overcome the security and energy supply crisis,” Szijjártó said.

The defence cooperation agreement focuses on crisis management operations, the minister said, adding that there are around 1,000 Hungarian troops serving in peacekeeping and anti-terror missions worldwide, many of whom were serving together with Ecuadorian forces.

“Obviously our geographical focus is the Western Balkans, but we also have a presence in the Middle East, Africa and southern Europe,” he said.

The aim of these operations is to prevent new armed conflicts and keep a lid on migration, the minister said, arguing that security risks were among the main causes of illegal immigration.

Meanwhile, the hydrocarbon industry cooperation agreement will give Hungary another option regarding maritime oil imports in case crude deliveries to Hungary via Ukraine are rendered impossible, Szijjártó said.

Because energy supply problems are a global issue, geographical distances matter less and all global energy sources need to be taken into consideration, Szijjártó said.

He noted that Ecuador was one of the biggest oil producers in Latin America, adding that its production rate of 140,000 barrels a day allowed it to contribute to diversification processes in distant parts of the world.

Hungary’s energy supply is secure, but it must be prepared for a scenario in which oil transits through Ukraine are rendered impossible, the minister said.

“This would leave maritime deliveries as the only option, in which case we must consider one of the biggest Latin American sources of crude,” he said. Another aspect of the agreement, he said, concerned the use of Hungarian technology in boosting the efficiency of oil extraction.

Ecuador’s government has decided to improve the efficiency of the extraction of existing oil fields rather than exploring new ones, Szijjártó said. For this, they need technologies of which Hungarian oil and gas company MOL is a leading provider, he said. Talks are already under way on the use of the solutions offered by MOL, he added.