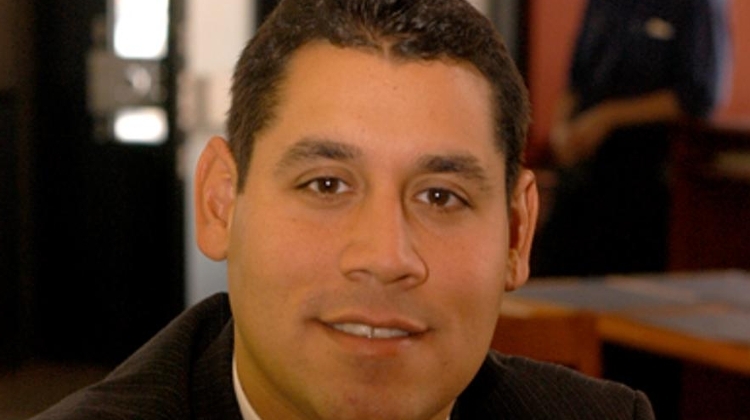 Alex Hemingway presently holds the dual roles of CEO of Crown Restaurants and Director of Chanticleer Europe. Crown Restaurants is a restaurant concern focused on the developing, building and managing great brands throughout the European Union. The firm is beginning in Budapest but already looking at opportunistic situations to further develop in six other countries. They have partnered with Mike Pruitt and Chanticleer Holdings (NASDAQ :CCLR), a publicly traded company that has a history of partnering with strong restaurant operators to build brands for the long term , one great restaurant at a time.

Alex also presently serves as a Board Member of the Budapest Honvéd Football Club since July 2006. Honvéd FC is considered by many to be one of Hungary’s greatest professional football clubs, originally founded in 1908. It is the home of the Legendary Ferenc Puskas and the winner of the Hungarian Cup for 4 of the last 6 years. Its U17 club just beat a bevy of great European clubs, including Real Madrid & Panathinaikos, to win the Puskas Suzuki Cup for the 3rd time in 4 years.

Alex was also recently elected to be a Board Member of the American International School of Budapest with his two year term beginning in September of 2012.

Previously, Alex served as Chief Executive Officer of Central European Franchise Group and of Orient Rt. Central European Franchise Group owned and operated ,as the master franchisee, the Pizza Hut, KFC, Dunkin Donuts and Baskin Robbins brands along with numerous domestic chains. His experiences in European restaurants span six countries. He is also a co-founder of the Hungarian Fast Food Association and has served as its Director.

He is married to Andrea Hemingway and they have three children, Christie, Grant and Pierce.

1. When did you arrive in Hungary and what brought you here?
I originally came to work in Hungary in 1998 and was here until 2006. We recently moved back in August of 2011. Originally, I came to Hungary because of the enormous undervalued business opportunities that Central and Eastern Europe present, it’s the same reason I’m back.

2. Have you ever been an expatriate elsewhere?
I have had the opportunity to live in the Peoples Republic of China, Hungary, Mexico and three other countries.

3. What surprised you most about Hungary?
The resilience and ingenuity of the Hungarian people. Their ability to consistently innovate, their love of history.

4. Friends are in Budapest for a weekend - what must they absolutely see and do?
My wife and I personally love the Basilica which is where we were married and our children were baptized, so that is a must see. People who visit need to walk the streets of Pest and get an idea for the food and culture that they are in.

6. What is never missing from your refrigerator?
Sparkling mineral water and fresh fruit

7. What is your favourite Hungarian word?
Jó északát, which is what I say to my kids at night.

8. What do you miss the most from home?
The Weather. I’m originally from Southern California we miss the beach and the warm weather. Winters in Europe are great for skiing.

9. What career other than yours would you love to pursue?
The lead singer of the Rolling Stones.

10. What's a job you would definitely never want?
TV Newsman or Taxman, most anything ending in “man”

11. Where did you spend your last vacation?
We spent our last vacation in Costa Maya, Mexico. There is nothing better than Caribbean beaches and the Mexican food. We have friends there and our kids love the beach.

12. Where do you hope to spend your next one?
My wife, Andrea, and I will be spending part of our next vacation in Lake Balaton with our three children, Christie, Grant & Pierce.

13. What was your favourite band, film, or hobby as a teen?
The Third Man- Orson Welles. A great film when films were character driven.
Hobby- Hiking
Band – Led Zeppelin

18. Which social issue do you feel most strongly about?
Early childhood education

19. Buda side or Pest side?
Pest for restaurants, Buda for family.

20. What would you say is your personal motto?
Not a personal motto but one I like is; “Worry is like interest paid in advance on a debt that never comes due”, David Mamet- Spanish Prisoner.