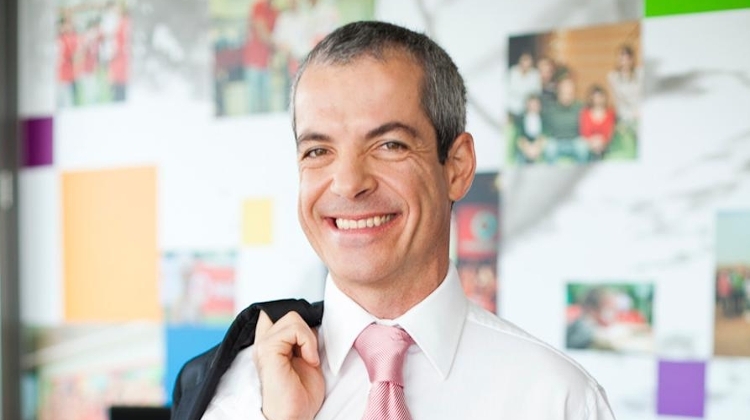 1. Since we last met Vodafone Hungary abolished roaming charges - how is this working out for customers, and your business? Have other companies followed your lead?

Yes, we abolished roaming charges for our Red package customers to be exact, and it’s working well. 50% of our customers travel somewhere in Europe every year, and roaming charges were a bit of a concern for many people. Now, right around Europe they can use our service as if they were at home, with the same fees and other conditions. Statistics show people are really taking advantage of this benefit. In other countries, Vodafone only includes free European Roaming in top tier packages. By 2017 all European mobile operators will have to do this for everyone, so we were ahead of this wave. Locally we saw a correlation between this step and increased sales in Red packages, some people switched to us and a lot of people upgraded their existing packages.

2. Regarding travelling, many locals, tourists and expats will spend some of summer at Lake Balaton, what about Vodafone’s 4G coverage there and around Hungary?
We have just given priority to the whole Balaton area, and so we have full coverage there. Also we give extra priority to Budapest over the peak summer tourist season, and we keep our focus at the same time on the larger cities in Hungary after Budapest. Our 4G network coverage is increasing day by day.

3. Phone bills are higher in Hungary now due to taxes - how do you see things developing in this regard?
Demand is strong for the service, there is also strong competition, and taxes affect all the operators as well as consumers. Also related costs are higher on the enterprise side, which overall can hinder growth for all, and so such taxes are not supporting a growth economy. Maybe in the future there could be a decrease, but there is no sign at the moment of that happening.

4. Recently Vodafone Hungary decided to give an extra data allowance to new customers - why did you do that, and when is this available until?
Most people have smart phones these days, and we found out that many new customers are afraid of using data on their mobiles, perhaps in case these exceed their package limits and so incur extra charges. As we would like people to comfortably try using the internet for example on their phones, we’re giving new and old customers 3 additional free gigabytes over the summer to be able to do so easily without worries. This will last until September.

5. Many expats don’t know that you launched Vodafone Wallet - how convenient and safe is this new payment initiative, and how many terminals accept it?
Well, it’s like having an electronic wallet in your pocket which allows ‘virtualization’ of your bank payment card, in a very secure way. Basically, it works as your bank card, in this case in Hungary we have formed a partnership with MasterCard and OTP Bank. You need to have or open a normal bank account with OTP, and have a NFC capable smart phone in order to be able to use this service. You also need a NFC sim-card, which we can give to our customers for free if they want to use this service. There are 10’s of thousands on terminals that accept this method of payment around Hungary - this number is pretty high here compared to other markets which also accept this type of PayPass style payment.

6. A new ‘Visitor Centre’ was recently inaugurated at the Vodafone HQ in Budapest - what can visitors have a look at?
The name of the centre is Ready Business Zone, as the main objective is to host our enterprise customers in an innovative and inspirational environment. It’s built around several areas. In no particular order, the Ready Business Zone contains a 24/7 network monitoring centre, which is constantly maintained and can be viewed in action. It contains various interactive showcases for enterprises, for example demonstrating the range of Cloud-based services. The showcases include real life demos, which is a big plus when discussing possible future needs of our customers, in line with changing business requirements.

The Centre also presents our Machine to Machine communications solutions, again using interactive videos and live demos. We expect that in the years to come M2M technology will transform our day-to-day lives. Elevators, cars, agricultural equipment, cash registers, blood pressure monitors, and so much more, thanks to the built-in sensors and SIM cards will soon communicate with each other, without any human intervention, providing a range of benefits. M2M will change the operation of companies, creating new services and, consequently, generating new revenues. Vodafone’s international M2M SIM card can be used on the networks of other mobile operators as well, both locally and internationally; consequently, the connection will remain uninterrupted, wherever the monitored device may be, with full redundancy.

Plus we have a device display area in the Ready Business Zone where we show our visitors the very latest mobile devices. Booking an appointment is absolutely necessary, as the facility is proving very popular. There is a separate space to be used for discussion for enterprise customers, over coffee or a range of other refreshments. Later on we might open the centre to the general public.

7. Vodafone recently topped the M2M (Machine to Machine) rankings - could you share the secret of this record fourth success?
Yes, it is the fourth year in a row that we have been rated the best M2M service provider globally by independent research firm Analysys Mason. We are the second largest market player in the world in terms of customers, and the first in terms of Machine to Machine connections, that’s a strong platform for us to to build on also in Hungary. M2M is a relatively new opportunity and so we put a lot of effort in this area, as there is lots of growth potential. Our strategy has proven to be really appreciated by existing clients since we provide everything involved, from initial consultation to support with final implementation.

8. Vodafone recently extended its sponsorship of the Water Polo Cup on Margaret Island in Budapest - it’s well known that Dr. György Beck, President of Vodafone Hungary, loves that sport, what are your favourite promotional initiatives by Vodafone?
We’ve not only sponsored the Water Polo Cup but also the Water Polo Federation for another year. We’re the sponsors of the Hungarian National Teams, both male and female, at various levels, and this sport is such a success story in Hungary. It is also a very tough sport. Recently I had the chance to try Water Polo myself for fun, on a reduced court, and it was such a demanding experience that I’m not sure I’ll try again.

We do not sponsor any other sport teams, but we do sponsor some events, like the recent Budapest Night Run. Our key focus is to support charitable causes through the Vodafone Foundation activities, for example I am particularly proud of our collaboration with NANE, which provides emergency call services for women in danger of domestic violence.

On another socially relevant topic, we’re really proud that our engineers helped further develop an “instant network” which is used in disaster hit areas around the world. It was put in operation in Thailand during the serious earthquake there. Since then our Hungarian team developed a lighter and cheaper version, which the Vodafone Foundation team deployed recently in Nepal this year. This portable ‘mobile network in a backpack’, was taken to the Kathmandu Valley in Nepal to help restore communications to some of the areas worst affected in that earthquake hit area.

9. Which mobile phone device(s) do you have these days, and which do you recommend to expats?
Currently I use a Samsung S5, which is an Android device, but as a tablet I have an iPad. In my work it is important to try new devices... For expats, smart phones are a smart choice, the key decision is which Operating System is preferred, its size, and maybe on the quality of the built-in camera…so it depends. For a woman, a larger phone can be fitted in handbags, and they allow easier internet browsing. For men, in the summer a smaller smart phone makes sense, all sold by Vodafone are worth checking, since the range is very good. Excellent value for money are our own branded Vodafone smartphones, which we have made to the highest specifications in China by the same companies which make the most well known branded phones. I am trying the latest one right now, a 4G device we are about to launch, and it has really great performance, feeling and also design.

10. What advice would you give to a new expat here?
Don’t be afraid to explore, to stray off the typical tourist maps and tracks. Don’t just stick to places your colleagues send you to, Budapest is a beautiful and safe city, with lots of positive surprises for you to discover for yourself.

11. If you could change one thing about Hungary, what would it be?
I would make Hungary a sea-side country, as I grew up on the sea shores I miss this very much here.

12. What is your biggest personal achievement since moving to Hungary?
To get back into a healthy fitness regime. It is a matter of focus, but with my family commitments and schedule it really needs serious logistical planning.

13. What would you have done differently if you knew then what you know now?
I would have spent more time studying abroad as a teenager, although today it is easier, but still it could have been achievable for me if I had pushed my parents more to let me explore abroad. I made up for it later though…

14. Which superpower would you choose?
Being invisible, so as to watch my kids’ interactions in school.

15. What would be your favourite karaoke song?
(laughs) I haven’t done it for ages, but can do a good Louis Armstrong voice quite easily.

16. Tell us a guilty pleasure.
Ice-cream, lots of it. I love particularly hazelnut flavor.

17. Unicum or Pálinka, or?
Unicum, since it is closer to Italian Amaro liqueur.

18. If your next expat assignment was on a deserted island, and could only take three things, what would you bring?
I suppose there is no network, so no smart phone. There would be time for sports, so I would take my golf club. A very very long and interesting book, and a comfortable pillow.

19. What is the best thing that has happened to you in the last 12 months?
It was the party I threw for my 50th birthday, upstairs at Buddha-Bar Budapest, and it was so good to see so many old friends in one place.

20. What’s the best thing about living in Budapest?
All the greenery, and the proximity of calm residential areas to buzzing city.