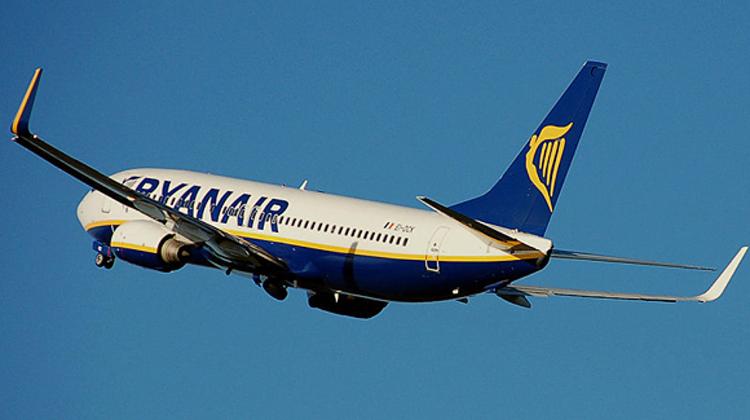 "Ryanair, Hungary’s favourite airline, today (Fri 2nd Mar) announced that it would cancel 13 return flights to/from Budapest over the next two weeks (see below), as the Border Control Police at Budapest Airport insist that some Ryanair pilots and cabin crew get off the aircraft and clear through immigration on 25 minute turnarounds, despite the fact that these crews live and work in Budapest. There is no EU requirement for such immigration clearance for pilots and cabin crew on turnaround and this stupid procedure is not required or implemented at any of Ryanair’s 170 other EU airports.

This idiotic procedure has caused a series of flight delays and considerable inconvenience to thousands of Ryanair passengers, both in Budapest and elsewhere.

Ryanair notified Budapest Airport that its Budapest based crews would no longer comply with this unique immigration requirement on 25 minute flight tunarounds from Ireland or the UK from 1st March 2012. Ryanair’s flight to Manchester on 1st March and our flight from Budapest to Baden Baden on 2nd March, were denied permission to depart by Budapest Airport. These flights were cancelled and the passengers are being reaccommodated.

Despite further high level contacts today with Budapest Airport and the Border Police, there has been no change in this unique and bizarre procedure at Budapest. Since Ryanair is unwilling to delay or cancel any further flights that might be affected by this arbitrary immigration procedure, Ryanair has no alternative other than to cancel these 13 return flights over the next two weeks, which results in the disruption of some 4,000 passengers.

Until such time as the Border Police in Budapest Airport comply with the same rules and regulations which apply at Ryanair’s 170 other EU airports, then these flight turnarounds after non Schengen flights will continue to be cancelled. Bizarrely flights to non Schengen destinations from Budapest which are operated by non Budapest based crews, do not have to undergo this unique immigration procedure, which serves to highlight how bizarre, unnecessary and ineffective this local Budapest regulation is.

“We call upon Budapest Airport and the Border Control Authorities to remove this bizarre and unique procedure at Budapest. There is clearly no immigration issue at work here, since these flights are operated by Budapest based pilots and cabin crew who clear through Budapest Airport security at the start of their day and clear through Budapest immigration and airport security at the end of their day.

We cannot tolerate a situation where these crews are required to get off the aircraft and clear through immigration during a 25 minute turnaround, which delays and disrupts our passengers, and which is not required at any of our 170 other EU airports.

We have repeatedly asked for an explanation of this procedure, but have been unable to obtain one. We have also asked the Budapest authorities to explain why non-based pilots and cabin crew who fly into Budapest from non Schengen airports are not required to clear through immigration, yet Ryanair’s crews simply because they live and work in Budapest are required to submit this unique and utterly stupid procedure.

We hope that common sense will apply and this ineffective restriction will be removed, which will allow our flight departures from Budapest after non Schengen flights (which are operated by Budapest crews) can now operate with 25 minute turnarounds without requiring our crews to get off and delay the aircraft. We apologise sincerely to passengers affected by one of these 14 cancellations over the next two weeks, and we will be contacting them to re-accommodate them.”