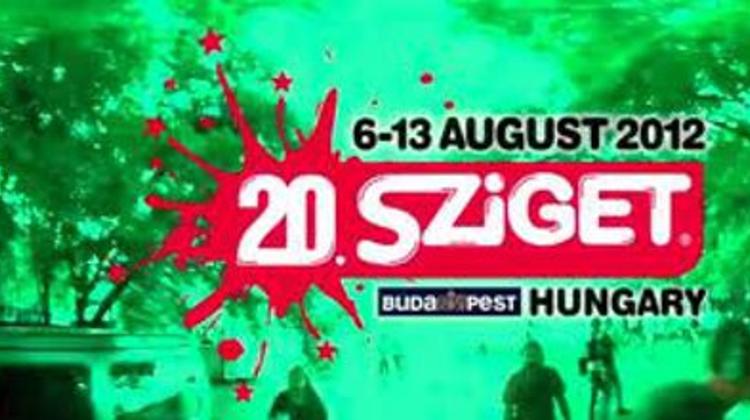 Sziget is the place to be in the middle of August. Europe’s Best Major Festival is celebrating its 20th edition, promising not just great programs, but also a new visual concept. The renewed festival is happy to welcome all the fans who enjoyed it in the past, but also tries to set the targets for the next decades. And now it’s official: the 2012 edition of the Budapest-based event will be a day longer, introducing Day -2. The countdown is running…

The program of Sziget nr. 20 is clearly taking shape, already around 95% ready. The organizing team had to face severe problems, mainly an economic downturn that has been a tough opponent throughout the campaign, but the vast experience of the last decades is always helpful.

"This is a jubilee edition and we also expect the older generations to come back and celebrate with us, but the majority of our music programs focus on fresh new acts that also show the way for younger fans. I believe the 20th Sziget will prove to all visitors that it will make sense to return for the 21st edition as well”. – said Karoly Gerendai, the event’s main organizer.

Innovations, changes
One thing is sure, this year even the well accomplished Sziget fans will have to relearn the map, as many venues will move to new places and generally there will be a lot of changes. Some venues will completely change, some will disappear and new venues will show up. But the main message is always the same: Sziget is the most colorful and open-minded festival in Europe.

Exciting visuals…
… a whole bunch of them, showing the new face of Sziget, including decorations, lights and great-looking program venues.

The Day of the Hungarian Song…
… the already mentioned -2 Day will be all about Hungarian bands, paying tribute to some great domestic songs. If you think about moving in early, setting your tent and then warming up for the week of partying, well, you will have a great time with a total of 70 performers that day. Your weekly ticket won’t include this day, but you can get a special daily for 17 EUR (not a huge investment compared to the 15 EUR moving-in ticket)

Day -1
… the main focus will stay on Hungarian acts, but not just on them. Csík Ensamble is playing a mega concert on main stage, presenting the finest crossovers between Hungarian folk and pop music and hosting a huge nr. of domestic stars. At the same time (both on Day -1 and 0) the Open Civil stage will host the YOUROPEN talent show, presenting some exciting fresh bands from all over Europe, as part of Sziget’s cooperation with the biggest talent contests of the continent. Check the new stuff and find your new favorites right at Sziget.

Day 0
… Metal Daaaaay!!! Hell yes, metal stage is sadly gone, but the regular program still includes some of the hard and heavy acts, while Day 0 will be all about them on the MR2 stage. The international line up of this special day is still taking shape, so more news on this soon. Not into metal? Check out Hungary’s biggest pop icon, Akos, playing his huge show at the same day on main stage.

OTP World Music Party Stage
One of Sziget’s most exciting venues, moving to a new place this year and presenting 5 instead of 4 bands per day. Who are these bands?

A38 Stage
Again a venue that changes place, A38’s huge tent is getting right at the center behind main stage, keeping its well known values during the days and the nights, but also offering a very strong electro program between 1AM and 5AM, designed to make up for the loss of the Meduza venue.

Arena
… the other megatent of the festival, spreading its program in 4 slots daily in a bigger than ever venue. Arena is starting already at 4PM each day and as a startup hosts bands that would have probably played on the Europe Stage last year. These are the so-called “Europe slots”, presenting acts that are well known back home, but still waiting for their big international breakthrough, including I Cani (ITA), Frittenbude (GER), 1995 (FRA), In Golden Tears (GER), Grimus (ROM), Elektro Guzzi (AUT), Chef’s Special (NED), Teatro Degli Orrori (ITA), Danakil (FRA) and Amon Amarth (FIN).

The 7.30PM slot names for Arena have already been announced, including Saint Etienne, Crystal Fighters, Magnetic Man. And then at 10PM you can meet some great DJs, like Steve Aoki, Axwell, Adam Beyer, The Advent vs Industrialyzer live, Flux Pavilon and Borgore.

Hungarian Main Stage
As alway, a full ine-up of Hungarian stars, this time on a venue moving to the old place of the world music stage. Not compulsory, but being the open-minded Sziget fan who you are, just make sure you dedicate some time to this stage and get a taste of Hungary.

Smaller venues– A.K.A the soul of Sziget

Roma Tent
Part of the festival for 11 years, making Sziget the only big festival dedicating an independent venue for the Roma culture. Open your mind and you will actually find yourself in the middle of a great party. The highlight is on music, but also presenting other art forms, like exhibitions.

Holland meets Hungary Stage
The idea of a Dutch venue is based on the success of last years’ Dutch Meeting Point and the general popularity of Sziget in The Netherlands. However this wants to be a lot more than just a Dutch cultural showcase, rather concentrating on an open-minded cooperation between Dutch and Hungarian artists, including jam sessions of famous musicians and also presenting afternoon chats and presentations with prominent guests.

Puglia Sounds - Mambo Stage
Semi-acoustic concerts and DJ sets during the day, interviews, live radio programs and presentations at night, hosting bands and guests from all over the world. And very importantly: presenting all the musical talents the South Italian region of Puglia has to offer.

Giant Street Theatre
Another emblematic Sziget venue, presenting the French actors of Compagnie Pipotal and their performance with the title Basculoscopia.

Street theatres
Actors, artistes, musicians, arriving at any possible time from any possible direction. You will surely meet Cia La Tal from Spain, Blaas of Glory from The Netherlands, Teatro Correquetepillo, Buchty A Loutky and so much more.

Hungaricum Village
The very best of Hungarian folk culture, including dance, games, exhibitions, music, fire-jumping and some great traditional wines and bakeries of the host country. On Sunday morning you can even join an ecumenical mass at the same venue.

European Meeting Point
Informal discussions and games about EU topics and the chance to meet EU institutions in a relaxed way. EU4U consulate is also here to help out citizens in trouble.

Civil Sziget and Open-Civil Stage
The name says it all: presentations, performances, games, movies and a lot of music – dealing with everything in connection with an open civil attitude.

Ability Park
An interactive adventure park where you can try to understand the life of disabled people. Also a disabled service center, including special toilets, attendants, etc.

Cöypon Ambient Tent Garden
A non-stop chill music venue with DJs, live acts, visuals, massage, belly dance, capoeira, yoga and anything you might need to relax a bit. Entrance only with bare feet!

VOLT Festival Terrace
The biggest parties with DJs and retro concerts of Hungarian stars from the 80s and 90s.

Logical Games Tent
Chess, Rubik cube, puzzle, domino and any games you might think about… respect the rules.

Olympic and Sports venue
Daytime activities, games and a number of sports possibilities for Sziget fans who search an active recreation. A special focus will be on the Olympics, so you can watch the games live on giant screens and also try yourself in competitions.

More to come in the next few months.