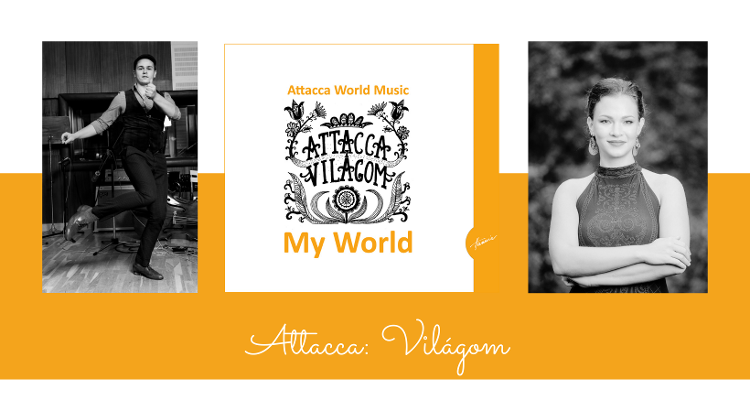 Attacca Ensemble plays world music - their CD “Világom” was released by Hunnia Records in September of 2020.

Their form of expression is classical music and contemporary jazz, but alongside this kind of compositional thought, authentic Hungarian folk music plays an important part in Attacca’s sound.

The 20th century works of Bartók Béla and Kodály Zoltán and their folk music collection work done in the Carpathian Basin are sources of inspiration and guidance for the band.

Dance has been choreographed specially for the music on “Világom” which makes reference to the centuries-old traditional folk dances of the various Hungarian regions.

The record also includes Attacca’s rewrite of Bartók Béla’s arrangement for piano of a folk song from his 1936 collection trip to Turkey.

Attacca performed at world music festivals in Hungary in the summer of 2019 and gave several concerts in Budapest. Attacca’s new singer, Fekete Bori, studied at the Hungarian Academy of Music and is also a television presenter and radio producer for folk music programs.
Place: Fonó Budapest
Address: 1116 Budapest, Sztregova u. 3.