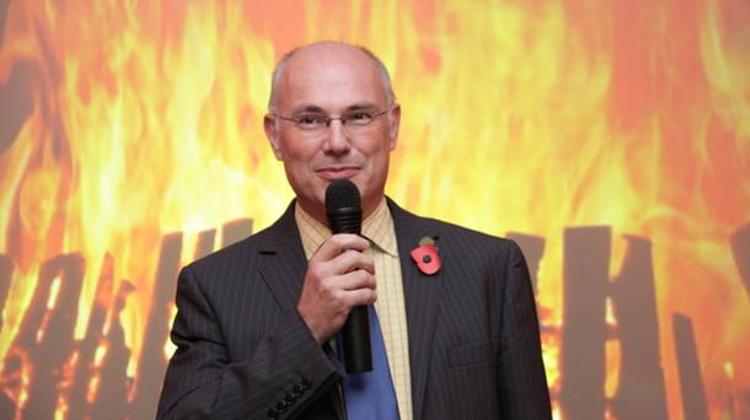 Bonfire Night in Budapest went with a real bang on 5 November 2009. British Ambassador to Hungary Mr. Greg Dorey (pictured), guest of honour at this XpatLoop.com event, started proceedings with an informative and entertaining speech about this UK tradition, aka Guy Fawkes Night, to a packed house at the local InterContinental Hotel. 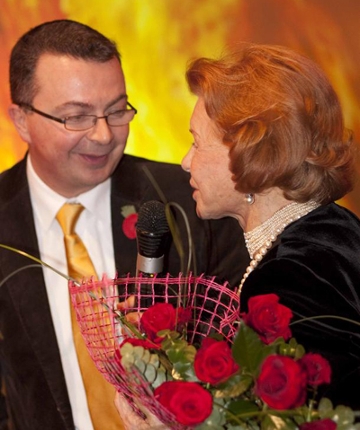 The event also marked the anniversary of XpatLoop.com, which is now looking forward to its 10th year of serving the international community in Hungary with ‘news, information and inspiration’. Stephen Linfitt, publisher of the portal and organiser of the party, thanked the Ambassador and other guests of honour in attendance, including Countess Éva Csáky Bornemisza.

The Countess is the founder of the Smiling Hospital, the charity foundation benefiting from all donations made on Bonfire Night in Budapest, a total of HUF 600.000. Dr. Albert Royaards, the president of the Foundation expressed his gratitude to expats supporting the cause of bringing smiles to sick children in Hungarian hospitals.

Mathieu van Alpen, General Manager of the hotel (pictured below), also said a few words to let guests know he is pleased to be a ‘Smiling Knight’ and an active supporter of the charity. Also as a client of XpatLoop.com he wished all readers a good evening at the hotel, with its stunning views of the Chain Bridge and Buda Castle. 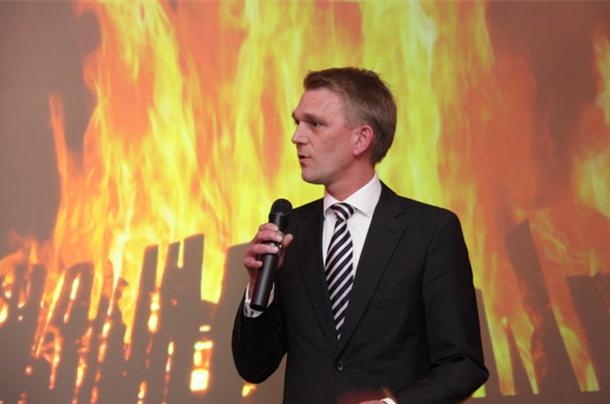 All the words of welcome were well received, and the stage was set to light up the big bonfire inside the hotel. Thanks to party supporter JamFilm.eu a giant screen came to life with a blazing bonfire film, raising smiles and a round of applause, all of which warmed the room just as a real bonfire would warm up any Guy Fawkes night.

The drinks on offer ranged from Hungarian wine, to beer from the UK. Rézangyal palinka was served by Gabriella Borbáth and her team, in multiple flavours and strengths – the raspberry one is highly recommended. An amazing range of British beers (Scottish to be exact) was kindly brought along and served by Patrick McMenamin of the Caledonia Bar Budapest. The wine tasting, and drinking, was a delight thanks to Szent Gaál Castle Winery in Szekszárd - Tibor Kovács, winery owner, was on hand to present his award winning selection.

A high point of the party was a fireworks display, that couldn’t be affected by rain, again brought to life indoors by JamFilm. Everyone played along with the ‘live from London’ dramatisation, which wowed guests with its sparkle and classical musical soundtrack.

At the climax of the pyrotechnic performance a giant celebration cake, decorated with an XpatLoop.com logo and mini-fireworks, was presented by Marianna Major from the hotel. Big enough for everyone in attendance to enjoy it added an extra special touch to this anniversary. For the last umpteen years XpatLoop.com has thrown bigger and better ‘birthday parties’, this year the highest ever charity total was recorded thanks to all event supporters and guests of every nationality.

Entertainment was provided throughout the event, including a live jazz band. A magician from the Smiling Hospital Foundation showed guest how he cheers up sick children in Hungarian hospitals. The evening was topped off by an A Capella women’s singing group by the name of The Budapest Sirens. 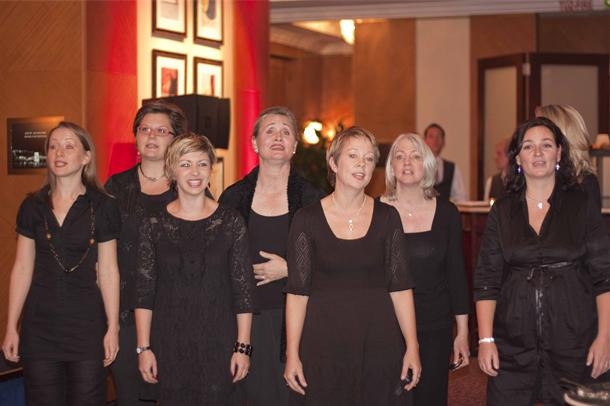 Before the beautiful singing brought the formal part of the evening to a lively conclusion, a silent auction and a raffle kept guests engaged, with many winners leaving with valuable prizes from XpatLoop.com partners, including KLM Royal Dutch Airlines, Regina rent-a-car, Rózsakert Medical Center, and Malév Hungarian Airlines.

Expat piano player Andy Lee Robinson tinkled the ivories as guests departed, many with farewell gifts and smiles after what’s been described as the best Xpat Party so far.

“Lovely atmosphere, a real Bonfire Night feel, and with so many people supporting such a good cause it really was a delightful evening. We don’t always say that about such charity events, this one was brilliant.” Alison Patricia, the wife of HRA Mr. Greg Dorey.

The final word has to go to event main sponsor REED Specialist Recruitment, Matt Foster, Regional Director: "I would be happy to make this a regular partnership, was the best produced event I have attended." James Brennan, Country Manager: "Great night, XpatLoop.com provided a fantastic event."

Click here to see snapshots taken by a guest

Follow this link to read more feedback from guests