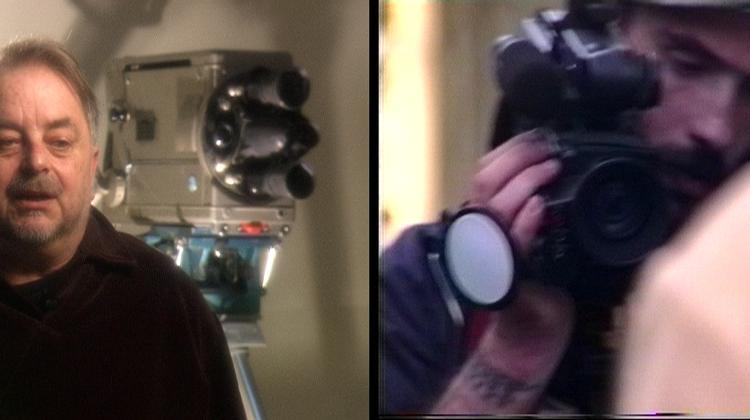 "Szilvia Seres’s project is a look back, and a time travel: the past’s vision of the future, in the present. Its point of departure is that hopeful period of the political transition in Hungary – from the sobering perspective of nearly one and a half decades.

1990 was the first complete year of post-transition Hungary, complete with the cabdrivers’ strike, the “Duna-gate,” the withdrawal of Soviet troops, and the first free elections. In those years, Budapest had an effervescent and special art scene, thanks to the sudden arrival of freedom, the lack of control, and a profusion of creativity. Everything was in a state of formation, and this transitoriness animated the cultural life of the city as well.

Where are now the cultic scenes and iconic figures of the city?

In 2006, Szilvia Seres made a number of video interviews with people who were important figures in those years of the transition, to have them relate their experience of the change, to see how their dreams, hopes and expectations had fared, and to find out what had become of the culture of the underground. In the process, her interviewees also confront their own role and life, in the past and in the present.

By contrasting the accounts of the “survivors,” the installation not only evokes the mood of an era, but also offers ever new parallel views of a world that no longer exists – all in the mirror of the present.

An artist working chiefly in the new media, Szilvia Seres (1974) has created several intermedia works. One of the founders of C3 Centre for Culture and Communication, she also studies aesthetics and teaches at institutions of higher art education.

The installation makes use of archival footage made by Rodolf Hervé. We wish to express our gratitude to the Association des Amis de Lucien Hervé et de Rodolf Hervé for their permission to use parts of the filmic estate.

OSA presents its exhibition of the photos and videos that Rodolf Hervé made in the 1990s in Gallery Centralis, between April 12 and May 20, 2012.