This Is How The Budapest Castle Will Look After Renovation 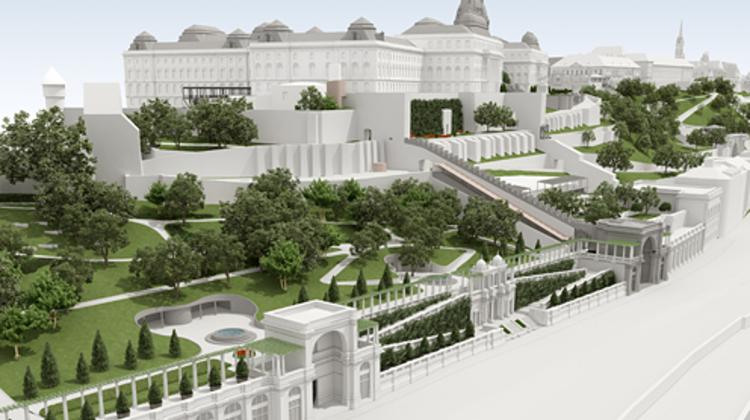 Plans have been presented of the Várbazár (Castle Bazaar) – a key element in the cityscape of the Buda Castle area. According to the schedule, the project will be completed by 2014, and as a result Budapest will be even more spectacular than it is at present.

After the renovation the Várbazár – which has been in a state of decay for the past thirty years – will be the venue for an exhibition space, art galleries, a workshop open to the public, a lecture theatre, a restaurant, coffee house and shops offering Hungarian products. The complex could be a new jewel in the capital’s crown.

The Government decided to launch the renovation project last October. The decision on the long-term development was announced in November, and in December the project was assigned priority status. The project, fully funded by the EU, is worth a total of HUF 8.5 billion. It is scheduled to begin in autumn 2012 and be completed in 2014. The work will be coordinated by Government Commissioner Ferenc Zumbok.

Following a public procurement procedure, the Castle Bazaar restoration and related public transport projects will be carried out by Középülettervező (KÖZTI) Zrt. The lead designer will be Ferenc Potzner, who has worked on reconstruction of monuments for two decades.

Already upon the launch of Hungary’s new development programme, the New Széchenyi Plan in 2011, the Government pledged to regard the refurbishment of one of the treasures of the Buda Castle, the Castle Bazaar left to decay for decades, as one of the most important national programmes. According to the contemplated schedule, the plans and designs for the reconstruction works will be completed by the autumn, and the tenders for the works will be invited as well.

The Castle Bazaar built between 1875 and 1883 originally served as a trade facility; its arcades were once full of shops. Its promenade was a favourite of Queen Sissi, wife of the Austrian Emperor. The state of the Castle Bazaar has continuously deteriorated since the nineteen-eighties, which eventually led to the complete closure of the building complex. Regrettably, the monument of unparalleled beauty designed by Miklós Ybl, a world heritage site, has since 1996 been one of the world’s most endangered monuments.

Since March last year, Ferenc Zumbok, a ministerial and more recently a government commissioner has coordinated the preparations for the project. The Government adopted a decision on the commencement of the project last October, published its decision on the long-term development in November and finally declared the project a top national economy priority in December.

The Government wishes to refurbish and re-open to the public the Castle Bazaar and the royal gardens of the Buda Castle in public ownership. The Government is planning to commence the project worth HUF 8.5 billion, implemented in its entirety from EU funding, in autumn 2012 and to complete it by March 2014. Some of the preparatory works already began a year ago; the crumbling, dangerous pieces are being continuously removed from the project site, the Water Carrier stairs and their vicinity.

The project involves highly complex tasks; in addition to the refurbishment of a listed site, the Government is also required to regulate traffic in the neighbourhood, to plan the navigation of small vessels on the Danube and to identify a development strategy. There are ongoing consultations regarding the contemplated project concepts with the professional organisations, authorities and civil organisations concerned.

According to plans, in addition to the restoration of the original beauty of the promenade once favoured by Queen Sissi, the whole of the site would accommodate a wide variety of services. The royal gardens situated on the garden terrace of the Castle Bazaar may become the pride and one of the greatest attractions of Budapest. According to plans, there will be a Baroque garden, a neo-Baroque garden, a neo-Renaissance garden, an English landscaped garden, and a symbolic church and secular garden.