Weekend Escape From Budapest To Milan 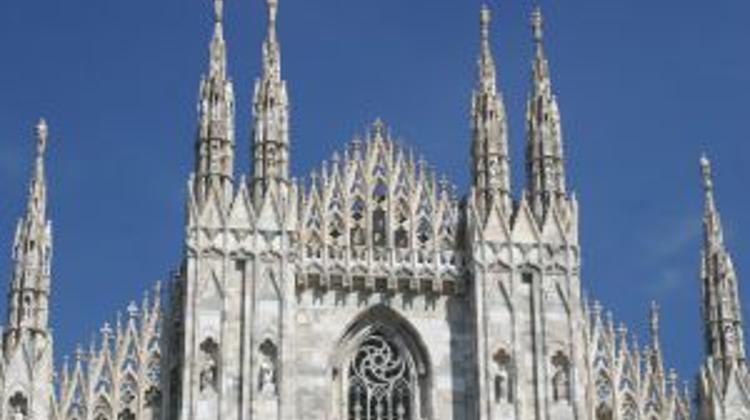 Milan is a delightful meeting point of art, fashion, and design. It’s a tourist friendly destination, with fabulous architecture; museums; attractions, and of course a whole range of amazing shopping options. While Rome is Italy's political capital, Milan is the country's economic and financial heart, with a population of around 1.3 million. Its urban area is actually the largest in Italy - and the 5th largest in EU - with approximately 5.2 million people. So you can imagine there are a multitude of Milanese stores, hip watering-holes, and delicious eateries to stylishly suit every taste.

Getting there:
The city has three airports, and the flight time to Milan is around an hour and a half, or slightly less. Travelling with Wizzair from Budapest lands you at the modern Malpensa Airport, 50km northwest of downtown. There are two bus services the Malpensa Express which leaves from the arrivals area of Terminal 1 every 30 minutes and terminates at Stazione Nord Milano (journey time: 1 hour); and the Malpensa Shuttle which goes to Statione Centrale every 20 minutes (journey time: 1hour). Trains run to central Milan (Stazione Nord Milano) every 30 minutes (journey time: 30 minutes). The train station is in the arrivals area of Terminal 1.

Where to stay:
The new Sheraton in Milan is the only hotel directly connected to Malpensa Airport Terminal 1, and for a short weekend break - especially a one nighter - this option makes for a very convenient, affordable yet high-quality place to stay. Given the need for all tourists to travel from the airport to downtown Milan, and then back to the airport for the return flight, logistically this location makes great sense given the comfortable train connections. The hotel’s Shine Spa, with its pool and multiple massage showers, sauna and steam room, is really recommended after a day of sight-seeing and shopping –treat yourself to a relaxing / invigorating indulgence, the therapists are superb.

What to do:
The main commercial and financial centre of Italy has an abundance of restaurants and bars to keep the locals happy. Also due to the nature of the city, most people speak English. Asking a local for tips is advised as they all seem to be friendly folks in Milan. So seeking suggestions about where to go, and how to get there, proves quite easy, it ensures the latest insights, and is usually an enjoyable interaction too.

We asked Gianrico Esposito, the General Manager of the Sheraton Milan Malpensa, for his top five recommendations about what to do and see, then we also asked a few questions about the good man himself who’s married to a Hungarian.

* Feast your eyes on the Last Supper – Leonardo da Vinci’s masterpiece in the church of Santa Maria della Grazie is one of the greatest painting of the Renaissance - remember to book in advance.

* Bag cut-price catwalk clothes - Milan is a shopaholics paradise. Galleria Vittorio Emanuele II, one of the oldest malls in the world, is worth a touristic visit, but most locals prefer Milan’s many outlet stores to fancy shopping malls - where a coffee will set you back 10 Euros. These outlets can be found around the corso Vittorio Emanuele II, a safe bet is Il Salvagente (the lifesaver). This fashion treasure-trove is packed with returns and factory seconds at discounts of 50-70% (rather than second-hand stuff). on Milan's main shopping street women can bag great glam bargains at the Dmagazine Outlet.

* Ascend the Duomo – the views of the downtown piazza del Duomo, from the top of the third largest church in Christendom, makes scaling these heights well worth the effort - there is a lift too.

* Savour Italian flavours – Milanese restaurants serve the widest variety of Italy's regional cuisines, of course you can also go for a good curry if you fancy. Maybe it’s best to opt for a local funghi porcini pasta perhaps, or a generous portion of Costoletta alla Milanese (breaded veal). The bar scene is both hip and cosmopolitan, traditional options can be found here and there too. Definitely join in with the locals for time-honoured evening aperitifs, in case you’re thirsty and start early you can turn aperitifs into a happy hour crawl around Milan.

* See the best art in the city, quite quickly – If you’re short of time during a quick weekend break then the exquisite collection at the Pinacoteca di Brera Art Museum covers all the Italian artists you need to see from the 13th to the 20th centuries. Veronese, Titian and Tintoretto are all there. Three key highlights: Mantegna's Dead Christ, Piero della Francesca's Virgin and Child with Saints, and Caravaggio's Supper at Emmaus.

Have you ever been an expat?
Many years ago, back in the 80’s, at the beginning of my career I was in Germany and the UK to improve my language skills. Now I’m fluent in German, English, French, and Italian of course.

When did you start in Sheraton Milan Malpensa?
I’ve been here since before the opening, I arrived a year before the hotel started operations two years ago. I've been working in the hospitality industry for more than 30 years, I joined Starwood Hotels & Resorts in 1992 at the Hotel Danieli in Venice where I was Front Office Manager. Before taking the assignment to open and launch the Sheraton Milan Malpensa Airport Hotel & Conference centre I had several management position in Venice at the Hotel Westin Europa & Regina, in Milan at the Westin Palace and Le Méridien Gallia, and in Turin at Le Méridien Lingotto & Le Méridien Art+Tech.

How you see your future?
There are new Sheratons opening all around the world, and I would like to challenge myself in an international environment. So I’m open for opportunities outside Italy, in Western or Central Europe, and even in South Africa.

You mentioned your wife is from Budapest, what’s your favourite Hungarian food?
Paprikás csirke is a big favourite, but I like many other Hungarian dishes too. I like paprikás csirke as I could discover some similarities between Italian and Hungarian kitchen from that dish, with fresh pasta on the side. Hungarian cooks use a lot of pasta but in a different way from Italians.

What is your favourite Hungarian word?
Furcsa – like the way Hungarians use it for something strange, or when they are curious about something. When I see something interesting I tell my wife, “this is furcsa”.

Buda or Pest?
Buda for its hills, the Castle and the green spaces, although of course Pest has good historical parts like Vörösmarty square and Váci utca.

How often do you visit Hungary?
Once or twice per year. We drive there and back together usually. My wife uses WizzAir sometimes when she’s travelling alone. It’s good to see they also fly from Milan to Debrecen, so now easier to reach other parts of Hungary from here.

Where would you suggest visitors from Hungary go shopping in downtown Milan?
This city is very good for shopping at any time of the year, especially at Christmas. Via Montenapoleone is popular, or Corso Buenos Aires is where you find affordable quality stores.

What sight-seeing alternative to the options above do you suggest?
Visitors looking for a break involving nature could visit the nearby Lake district, Lago Majore or Lago di Como. They are really picturesque, and close to the hotel here by car. My secret escape is to a very small lake, called Lago di Monate, where I visit with my wife in summer as a pleasant alternative to the crowded beaches.

Another alternative is to go shopping in one of the outlets close to the hotel. There are two ‘villages’ devoted to shopping – you can find everything there from furniture to clothes. One is called Vicolungo, between the hotel and Turin, and there is a shuttle bus from the airport. The other one is called Foxtown, just over the border in Switzerland, where you can find high brand fashion at vastly discounted prices compared to the official stores in Milan.