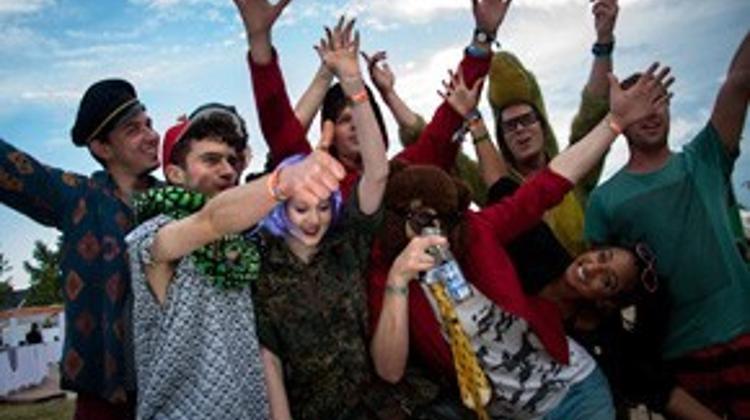 The organizers of Balaton Sound have added 21 more names to the already prestigious line-up. Besides bringing the biggest DJs to the Main Stage, there will be many unique and revolutionary productions to entertain as well. All eyes are now on the Best Medium-sized Festival of Europe and it will most probably live up to the expectations.

According to the organizers of Balaton Sound, the already announced line-up and the European Festival Award could both be very strong reasons why so many Hungarian and international fans bought their 4-day passes by now. The two main organizers, Zoltán Fülöp and Norbert Lobenwein, also added:”We assume the interest for the festival, after the 20 new top acts, will increase. If someone wants a spot by the Main Stage for granted, it is highly advised to buy the tickets beforehand.”

Almost all great hits are written by the Swedes, but among them probably the biggest is Avicii, a DJ-producer highly demanded all over the world. He heats up every party from the snowy Lapland to the July beach of the Balaton. The ones who attended his show last year will surely come again… and for the ones who didn’t, this is the right time to make up for their year-old mistake.

Five-times Grammy winner hip-hop and R&B guru, Cee Lo Green, is the most creative song maker of the USA. Every important pop radio rotates his tracks, like Fool For You, Fuck You or Crazy. He promises a mega-party in the Balaton summer.
If you never heard the name of Fedde Le Grand, well, probably you never heard electronic music before. The Dutch DJ got every award possible, from DJ Mag votes to the International Dance Music Award in Miami and now he amazed his fans with a remix of the Coldplay song Paradise. But he is not only an iconic DJ as a result of his songs and awards, but also because he knows everything about great parties and how to make a night unforgettable in a cool club.

Germany based DJ, Solomun, is funny, creative and makes top tracks in a pace you cannot follow. No surprise that record labels and party organizers have a hard time to get a hold of him. He is a must-see, as he cannot only implement his world and creativity into his songs, but he is also known for being one of the best tour-specialists. He received the award for the best tour at the Rio Music Conference, while chosen as the best DJ by MixMag last year.

Loco Dice is probably one of the most-wanted acts by the Balaton Sound crowd. The German DJ, musician and producer shifted from hip-hop to tech house. After three years, he revisits Zamárdi to make an improvisative and unpredictable show, and to make sure that the fans get their progressive techno for the day.

In every year we celebrate party kings, who can push up the party heat anywhere. In the last two years the Belgian DJ and producer brothers are wearing the crown. They are Dimitri Vegas & Like Mike. They will definitely prepare some great electro house music to which we can all jump around for couple of hours.

Kieran Hebden arrives to Balaton Sound with a massive live set. Four Tet is one of the prominent figures of electronic music, using everything from jazz, hip-hop, post-rock to psychedelic genres and also some innovative sounds. This is the most well-known project of the British genius, who has a very exciting and unique music taste.

Curtis Alan Jones, alias Green Velvet, is a unique legend of the Chicago electronic music scene, a singer-producer, who chooses extreme and bizarre sounds. One cannot leave his sets as he knows exactly what the crowd needs. Although the former techno punk is still very bizarre; now he directs some more sophisticated and chilled parties. He could be one of the most exciting performers at Sound.

When the Detroit house and the Berlin techno scenes meet up, something big has to happen. The long-time Berlin based DJ from Detroit; Seth Troxler, merges not only these, but also the British styles, especially after moving to London. He is one of the reasons why techno is big in London, again. Anyhow, it will hit big at Balaton Sound as well.

The duo of two beautiful and talented Australian Djanes and producers, Nervo, is the inspiration of contemporary electronic music. Miriam and Olivia Nervo bring out the maximum from everybody and will do this for the first time at the festival.

Polish-born, Magda, has an impressive international career from Berlin to Detroit as an electronic musician, producer and record label owner. She is the ultimate queen of minimal techno. Cool, dramatic sounds and a massive bass line builds up the dark and monolithic music, mainly inspired by the classical Detroit techno traditions.

Hernán Cattáneo, Argentin DJ and producer genius, record label owner, the king of latino house, the Maradona of electronics is arriving to Balaton Sound! He is in the music business for three decades now, becoming the most well-known electronic musician of Argentina. His work has hundred thousand fans and he has been an inspiration for many e-music generations.

Todd Terje, is the craziest Norwegian, who has ever been allowed behind the mixer. He makes pretty eccentric materials, as everyone in the Northern super-alternative music scene, but it’s hard to find sexier and funnier hard-core disco music, than his. Let’s see it this summer.

Electronic musician and producer from Hamburg, DJ Koze, is known in German clubs and he is a popular figure with many successful and colorful music projects. He, as many others, arrived to electronic music from a hip hop background. This year he’s also arriving to Zamárdi.

Scuba is a British electronic musician, DJ and producer, living in Berlin and merging many e-music styles. He has his own record label, where he produces his organic techno materials. He has released three albums; his latest work Personality has received great feedback.

tINI, the number one female house and techno star of Germany, is also the guest of the event. The fantastic DJane is a new invention of Loco Dice. Her name is well-known in the international party world and her sets are played in the loudest party centers.

Gary Beck is a hard-liner, innovative, revolutionary, hazardous international star. His techno sets are present at clubs, parties and festivals. Of course he cannot be missed from the line-up of Balaton Sound either.

The music of Doctor P is very unpredictable, aggressive, explosive and the number of his fans in the virtual community space reaches up to half a million.

FuntCase moves behind the mixer as if a thunder stroke into him in every nanosecundum. His music is among the heaviest dubstep sets out there. He arrives with MC Skydro to Balaton Sound. Let it strike into you!

Considered as a real refreshment in the Balaton sunrise is Bruno From Ibiza, a real specialty in the line-up, coming with a rather authentic party. His name is merged together with the most wonderful party island of Ibiza, and its legendary bar, or more precisely with the Café del Mar series.

This year Balaton Sound will be conquered by the hottest electro duo of The Netherlands, Thijs van der Klugt and Bart Possemis, who form Baskerville live. They will rock the stage with a whole band using breakbeat, techno, drum’n’bass, dreampop, hip hop and metal sounds.

Stay tuned in the upcoming weeks as there are more names to come for the 2013 Balaton Sound!