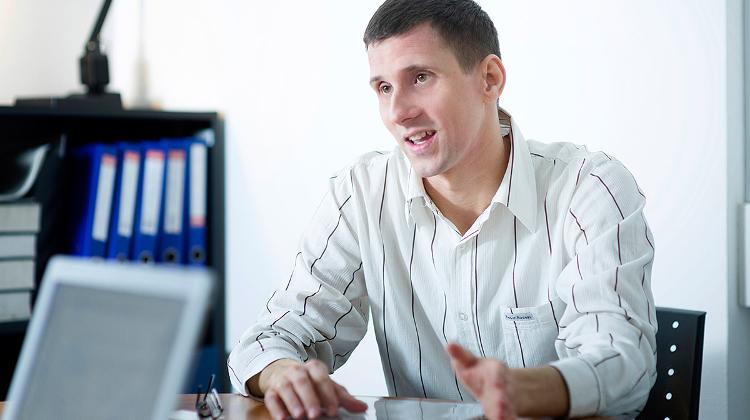 It might not be possible to estimate the amount that substance abuse costs businesses and governments. Yet this undeniable burden remains a sensitive issue that has not been effectively dealt with on national or global levels. Gergely Radacsi, a researcher at CEU's Center for Business and Society, part of CEU Business School, was driven by personal experience of the devastation of substance abuse as well as his background in economics to investigate how business participation could make a difference.

After earning his first master's degree, in agricultural economics and management from Szent Istvan University, Radacsi was offered a place as the only external expert on a committee in Hungary’s Parliament tasked with reviewing Hungary's drug policy and attempting to match it more closely with EU guidelines. Radacsi found himself wondering why the multi-sector methods suggested by the United Nations in 1996 were not being explored. The UN declaration noted that this complex issue is best handled with involvement from all sectors of society with a vested interest, including the business sector.

Radacsi continued to tackle the issue as a master's student in CEU's Department of Public Policy, where he began a rigorous global research project on corporate social responsibility (CSR) and substance abuse prevention. CSR is a widely accepted business practice based on the idea that companies should be accountable to their various stakeholders including their own employees, the environment, and local communities. Recognizing the complicated emotional aspect of substance abuse as well as the implicit stigma, Radacsi wanted to tackle the problem with an approach that essentially removed the psychological element and focused on the social impact. He asked himself: What is this costing society as a whole?

“I consciously decided to focus on prevention because I didn't want to get into this ideological debate but, instead, come at it from a logical business approach,” Radacsi said. “All sides can agree on prevention.”

From a bottom-line standpoint, taking care of the community and employees is good for business. An unhealthy workforce can interfere with business operations and sick people do not make good lifelong customers, Radacsi explained. “Alcoholism is one of the biggest problems in former socialist countries. After 50 or 60 years of heavy drinking, alcoholics' bodies can give out and then they have to go into treatment; it's a social burden to taxpayers.”

Radacsi conducted detailed interviews with multinational companies regarding substance use and misuse and their attitude toward participating in CSR programs meant to address the issue. He found that the societal stigma carries over into the business world. Even if CSR programs are meant to help, some companies' management still saw it as a liability to even be associated with the issue.

“Workplace prevention is a good solution and it works. We need politicians' support. The stigma must change,” Radacsi said. “If a politician or policymaker says it's an important issue, then companies would have an easier time coming out in support of this.”

He noted that it's easier to get money to deal with drug addiction because it's a highly politicized issue. “Politicians want to show 'we care' but they ignore alcoholism and the misuse of prescription and over-the-counter drugs.”

Instead of substance abuse CSR programs, Radacsi proposes that companies begin health promotion campaigns. This is a proactive, positive approach that doesn't bear the stigma that treatment programs do. He also suggests a holistic concept that includes options for marriage counseling, financial advising, and childcare. He points to a popular program in the U.S. called EAP, or Employee Assistance Program, through which employees can seek help for issues without the fear of being fired.

Radacsi's goal is to produce a useful handbook for companies that is part policy brief and part academic analysis. He also wants pharmaceutical companies to engage in the conversation to address corruption, overprescribing, and how preventive CSR programs could produce a positive proactive impact instead of relying on a reactive model for those who are already addicted. He even suggests that it start at the basic level of pharmacist and customer. His paper on the topic, co-authored by CEU Professor Peter Hardi, director of the Center for Integrity in Business and Government and the Center for Business and Society, is set for publication in the respected U.S. journal Substance Use & Misuse.