Living In America At 20th Titanic Festival In Budapest 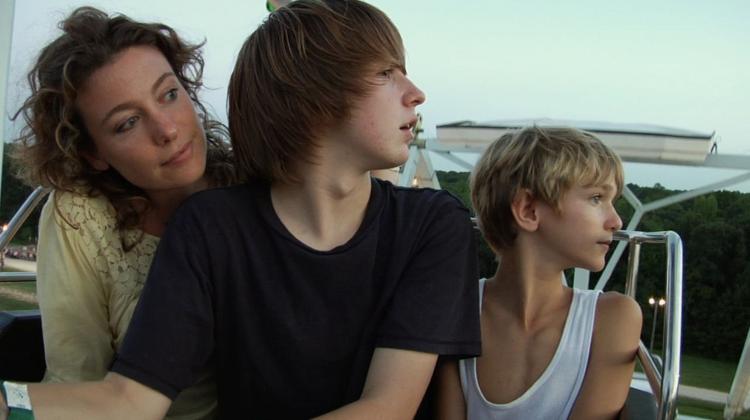 We are in the middle of the 20th Titanic International Film Festival where we can find a selection of independent American movies again. The section called Living In America includes five features and one of them, How to Follow Strangers is a world premiere. After its screenings the audience can meet the director, Chioke Nassor. In the section the drama of a single mother with two teenage sons will run, a musical comedy, the story of a teenage girl who is in love with her brother and that of a female alcoholic school teacher. Until 13th April, the end of the festival, there is a chance to catch all the films of the Living In America-section.

A Little Closer is Matthew Petock’s first feature which is situated in his birthplace, Richmond, Virginia. Sheryl, a single mother, is desperately looking for a new man who can be a father to her two sons. She goes to a weekly dating evening in the hope of meeting her dream prince while her eldest son, Marc (16) is still a virgin and gets sexual advice from an older boy. The younger son, Stephen (12) falls in love with the teacher everybody hates. The family members have similar problems, but that does not bring them closer together – Petock cleverly makes the distance between them tangible.

The world-premier of the drama How to Follow Strangers is at the 20th Titanic Festival. This first feature of his has two interconnected stories, the first of which is inspired by a true account of a woman who died in her Manhattan apartment and remained there a year before her body was found, decomposing in a crisp Chanel suit.

A young man in the film named Casey, becomes so obsessed with this urban tragedy that he fakes his own disappearance, wondering if anyone will notice. The second storyline begins when Ellie, a young woman who sees Casey everyday as part of her regular commute actually does notice that he goes missing. The audience can meet Chioke Nassor, the director of this remarkable film on 12nd April after the 6.30-pm-screening in Örökmozgó Filmmúzeum.

The third film of the section is a comedy directed by Gary King. How Do You Write a Joe Schermann Song is about an immensely skilled songwriter, Joe who scrapes together a living while waiting for that one perfect moment to step into the spotlight.

When opportunity comes knocking, Joe leaps at the chance to write the songbook for an off-Broadway show. Inspiration comes in the form of Summer, an aspiring actress with an incredible voice that Joe thinks would be perfect for the lead, but this leads to private life conflicts. Director Gary King, who also wrote the film, opts to eschew spectacular dance numbers and elaborate costumes in favor of a more intimate, character-driven narrative.

The Unspeakable Act deals with the controversial theme of incest within a close knit, yet strangely detached family dynamic. Director Dan Sallitt’s film relies far more on the strength of its character development than it does on gaudy sensationalism to push home his message. Jackie is a 17 old average teenage girl, filled with new emotions and fresh doubts about the world in which she lives. But she also carries a secret: she’s deeply in love with her brother Matthew. Matthew, who doesn’t share Jackie’s feelings. He’s heading off to college and has finally met his first girlfriend.

The dramedy Smashed is directed by James Ponsoldt was awarded a Special Jury Prize at last year’s Sundance Film Festival. When we first meet functioning alcoholic Kate Hannah, she’s already close to rock bottom. She takes a shot of whiskey to brace herself for a day of teaching first grade. When she vomits at school, a student asks if she’s pregnant. Desperate to disguise her hangover, she lies and says she is. It’s a deception that could cost her career, but also can save her life. Ponsoldt’s Smashed traces its heroine’s downward spiral – from smoking crack in a drunken lapse of judgment to an outrageous episode in a convenience store – with insight, daring and profound empathy.