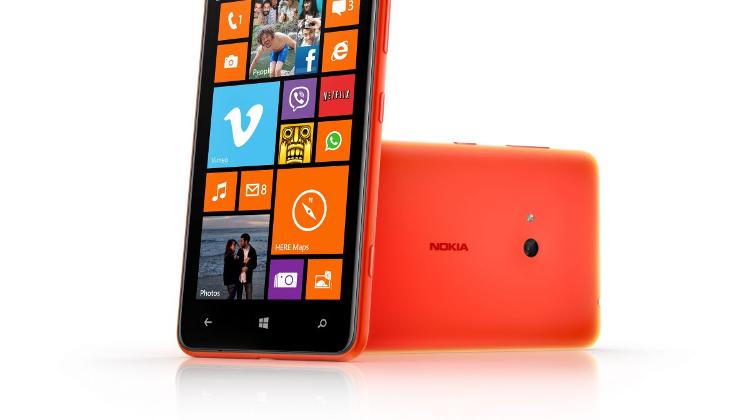 The Nokia Lumia 625 also provides many innovations found in the recently announced flagship Nokia Lumia 1020. These include a range of integrated camera applications like Nokia Smart Camera, offering handy features like removing unwanted objects from pictures, and Nokia Cinemagraph, which turns photos into living memories with added movement.

"With our largest smartphone screen to date, the Nokia Lumia 625 is a perfect example of how Nokia is delivering leading smartphone innovation and experiences at every price point,” said Jo Harlow, executive vice president, Nokia Smart Devices.

Powered by the latest version of Windows Phone 8 and including the Nokia Lumia Amber update, the Nokia Lumia 625 delivers a richer and easier to use smartphone experience at a competitive price. Live Tiles update direct to the home screen, and People Hub makes it easy to stay connected with friends and family. Windows Phone 8 also includes Xbox Live, Microsoft Office, and 7GB of online SkyDrive storage to simply make life easier.

With access to more than 165,000 apps including Vimeo, Temple Run and WhatsApp, the Nokia Lumia 625 offers faster mobile fun, as well as safer surfing with Internet Explorer 10 – making it ideal for viewing videos, games, and other content. The Nokia Lumia 625 also offers SD memory card support, allowing up to 64GB of additional content storage.

Nokia Music provides free streaming of ad-free mixes without registration or subscription, plus the ability to download mixes for listening offline with the Nokia Lumia 625. Nokia has also teamed with Coloud™ to create BOOM™ headphones that combine audio prowess with excellent value, and integrated microphone and buttons for voice calls and music control.
With its big screen and super-fast connectivity, the Nokia Lumia 625 offers leading maps and location experiences from HERE, providing free maps, turn-by-turn navigation and public transport guidance.

The Nokia Lumia 625 will be available in a range of colours including orange, yellow, bright green, white and black with an array of changeable shells enabling easy personalisation. With an estimated retail price of 220 Euros before taxes and subsidies, the Nokia Lumia 625 is planned to begin selling in China, Europe, Asia Pacific, India, Middle East, Africa and Latin America in Q3 2013.

About Nokia
Nokia is a global leader in mobile communications whose products have become an integral part of the lives of people around the world. Every day, more than 1.3 billion people use their Nokia to capture and share experiences, access information, find their way or simply to speak to one another. Nokia's technological and design innovations have made its brand one of the most recognized in the world.