The Prodigy, Wu Tang Clan & Many More At Balaton Sound 2013 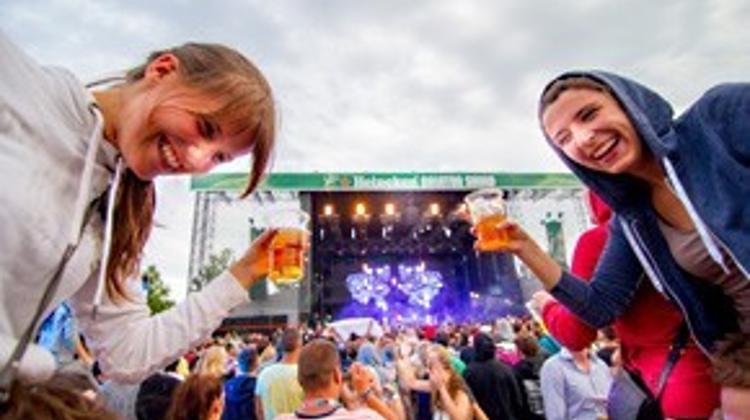 Balaton Sound has just been freshly crowned as ’Best European Medium-Sized Festival’ at the European Festival Awards. An all-star line-up is once again taking shape for the lakeside party, held this year between 11-14 July 2013 in Zamardi, Hungary.

The Prodigy is a must-have star for any festival main stage, after 25 million sold albums and an amazing popularity through the years. Probably the most successful British electronic formation has surprised the fans with a concert album two years ago. Besides their big hits, we will hear new songs from their new album ’How to Steal a Jet Fighter’.

Calvin Harris is one of the biggest names today in the mainstream electronic music scene. Last year he had a massive show in Zamárdi and this year his track ’We Found Love’, in collaboration with Rihanna, received a Grammy. The Scottish DJ makes perfect party songs with a hint of electro house sound and this year he arrives with a brand new program to the event.

One of the most important hip-hop formations, Wu Tang Clan, truly belongs to music history. The New York clan was formed in 1993, so this year they are celebrating their 20th jubilee with a gigantic tour. They are working on a new album and in Zamárdi all the eight founding members will perform, except ODB, on the biggest stage of Balaton Sound.

Armin van Buuren has closed last year’s Balaton Sound with some fireworks and an uplifting, energetic, massive set. This year he comes back with his ‘A State of Trance 2013’ collection to remind the fans of what quality trance really means. The collection is based on his radio show that is close to the 600th episode, reaching out to twenty-five million fans. Based on these numbers it is quite possible that his show will be the biggest among all.

He is easily recognizable for his unique eclectic house sets, Jamie Jones, has become a prominent icon of the industry at the late 2000s. He made the mix for the 59th album of the Fabric series and worked with the Cocoon label of Sven Väth, but based on his success for three years now he has his own label, Hot Creation. He is unstoppable, last year he has conquered the British charts with ’Benediction’ and this year Jamie can prove his talent at his European tour.

Italian music background and Swedish pop hits have influenced the songs of Alesso, a Stockholm-born Italian DJ. Accordingly, he doesn’t have close ties with the Italian, but the Swedish House Mafia and with his easy-going, monumental dance music he had several sold-out parties.

The abstract and enchanted songs of Crystal Castles are closer to the noise and art rock bands of the 80s new wave than to the parties of the 2000s. However, they made one of the most important albums of the decade in 2008. Since, they became popular on the dance floor with their song ‘Not in Love’ in 2010, a collaboration with Robert Smith from Cure, and this year the crowd can enjoy their strange music in Zamárdi.

You cannot organize an electronic music festival in 2013 without the show of one of the members of Swedish House Mafia. This year out of the trio, Axwell, is definitely coming to Lake Balaton. Moreover, he is the most influential character of the music mafia as there were hardly any electronic pop music recordings from Sweden that he did not assist to. While Swedish is usually gold and a world-success in pop music; Axwell as well plays in the biggest parties on the biggest stages with the best tracks.

Henrik Schwarz is a music gourmand, without any overstatement. One of the iconic DJs of the Berlin clubs not only makes gigantic parties in the most popular clubs in Berlin but also works together with jazz bands at jazz festivals too. His sophisticated but melodic sets will definitely make the crowd dance in Zamárdi. The fans can take it for granted that they will party to one of the most interesting music projects of the German capital by the Lake.

The name of The Advent means the arrival of another icon to Zamárdi. For a decade now the duo became a one-man project, being revolutionary in techno music. The Portuguese Cisco Ferreira is not only known as a London DJ, but for being a sound engineer as well. He is constantly working on new sounds and he is a pioneer in electronic live acts with making all of his shows a real and unique experience.

In the Anglo-Saxon world it is pretty well-known what hip-hop is all about and it’s positive that the Australian Iggy Azaela will be “Die Antwoord” of 2013. The cool blond MC is easy-going and in herself a real hip-hop production, laughing at the iconic characteristics and gestures of the genre. Born in Sydney, living in LA, the MC lady made a huge success with her video Pu$$y. Her self-confidence could not be more declared than the title of her new album ‘The New Classic’.

The name of Belzebass promises massive bass sounds and the two crazy Italians, Michele and Riccardo, won’t let the audience down. Anything that comes in their way, from metal through techno, hardcore to nu rave, they collect everything and use it for some hard-core electro trash party.

Berlin-based Swedish DJ, Jan Blomqvist, merges Swedish pop style with the German capitals minimal sets. The former bass-guitarist for Hexenhaus and songwriter DJ plays with his audience as he wants: by knowing everything needed for a good party and making it happen. So stay tuned for Jan Blomqvist live at Balaton Sound!

The Canadian Fairmont, originally Jake Fairley, is a fan of the electronic sounds and apparatus of the 70s and 80s. No surprise, he invites the two decades and modern electro and techno music to meet each other in his sets. Fairmont makes music with special atmosphere and an exciting taste.

Stay tuned in the upcoming weeks as there are more names to come for the 2013 Balaton Sound!