Innovative 'Artists In The Mirror' Exhibit - Take A Smartphone 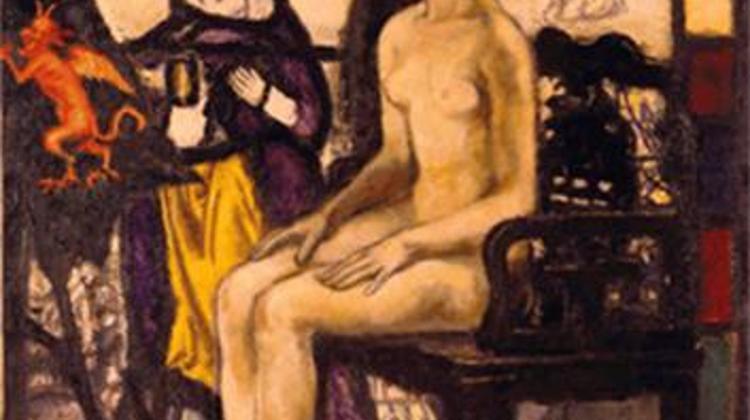 The launch of the Budapest Spring Festival also saw the grand opening of the 'Artists in the mirror - self-portraits from the Uffizi gallery' exhibit in the Budapest History Museum. “This time it’s not only not forbidden but encouraged to use smartphones” said Vodafone Hungary CEO Diego Massidda at the opening.

While browsing the portraits/paintings on display, visitors can listen to information about the 34 pieces of art in four languages*. “Visitors only have to download the app, read the QR code on display next to the image with their phones” the CEO said. The app is the first of its kind in Hungary.

The Buda Castle Palace housing the Budapest History Museum has thick walls, so Vodafone will be providing free wifi, Diego Massidda added, so if visitors want, they can immediately share the details of the visit, the pieces they saw or the direction they took inside.

Artists in the mirror – the exhibit

The Uffizi Gallery in Florence houses artists’ biggest self-portrait collection. The collection was founded by Leopoldo de’ Medici in 1664 and was continued by his successors for centuries, resulting in the biggest collection of artists’ self-portraits from Europe and outside of Europe from Raphael to present day. Hungarians first joined the world famous collection in 1872. With this latest exhibition, there will be 26 pieces from 23 painters included.

Many of the Hungarian self-portraits have never been put on display before, many of them aren’t even known to Hungarian experts, such as Károly Markó’s only self-portrait or Eliza Gyenes’ beautiful portrait, said Dr. Péter Farbaky, director of the Budapest History Museum.

Uffizi presented its collection of Hungarian artists in October and November of 2013 in Florence with great success. This was the first time in Uffizi’s history to have an exhibit themed around Hungarian art.

Now Budapest History Museum is presenting this collection to the home audience. The exhibit is a unique experience: The self-portraits will be accompanied by a painting from the given artists and visitors will also be able to access information with the mobile app, said Dr. Péter Farbaky.

With the naming of the exhibit, the organizers are commemorating world-famous Hungarian art historian Miklós Boskovits, who passed away in December, 2011 in Florence, who led the local university’s art history department for years. He was the one who initiated the exhibit and the catalogue.

The exhibit is dedicated to the memory of art historian Miklós Boskovits.

The Budapest Guide@Hand app is available for Android and iOS.

* The four languages are Hungarian, Italian, English, and German.