’Ride Your Bike To Work’ Spring Campaign In Budapest 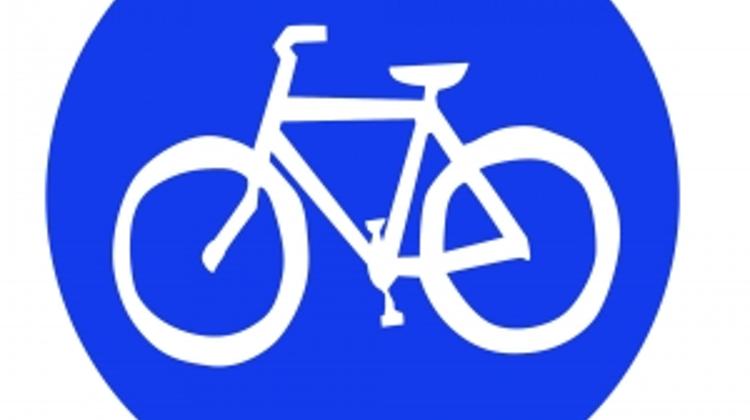 The Ministry of National Development and the Hungarian Cyclists’ Club have launched their joint campaign again to promote cycling, which runs until 30 May. The number of people joining the campaign has increased year by year: last spring the number of people becoming regular cyclists for the first time was 2,800 of the 8,000 participants, while in the autumn campaign 2,000 cyclists of the 7000 participants.

The number of destinations has been increasing continuously too; during the last campaign cyclists registered from more than 2,000 work places. In the autumn of 2013 secondary schools, universities and colleges were also invited by the campaign, the favourable response confirmed by the joining of 110 educational institutes with over 400 participants.

At the opening ceremony of this spring’s BAM! (Hungarian abbreviation of the ‘Ride Your Bike to Work’ campaign) Mr Pál Völner, Minister of State for Infrastructure told that the government had built or reconstructed cycle paths in a total length of almost 500 kilometres in the past four years. The responsible ministry is giving special attention to continuing work at a similar pace.

As Mr Csaba Ungvári, Chief Executive Officer of MÁV-START Ltd. emphasized the railway company also considers it important to harmonise bicycle and railway transport. At the main railway stations additional bicycle stands will be established. As a result of the developments carried out in the recent years bicycles may be transported by all the Budapest suburban rail services, and the number of the suitable vehicles will increase further by the acquisition of forty two FLIRT multiple units.

Mr János László, President of the Hungarian Cyclists’ Club presenting the results of their surveys also added that many of those who tried cycling to work or school as a result of the BAM! chose this mode of transport after the closing of the campaign as well.

At the opening event of this spring's BAM! campaign people riding the special cycles converted into work stations for the day suitable to carry 10 persons were accompanied by the cycling delivery staff of the Hungarian Post company.