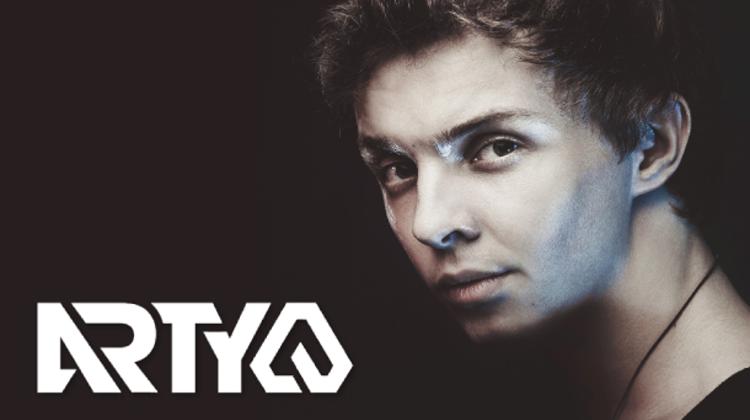 New names are added to the already prestigious line-up of MasterCard Balaton Sound. Among them we can find such names as Armin van Buuren, Dimitri Vegas & Like Mike or Nervo. Hernan Cattaneo and Nick Warren will hit the Main Stage together, but we can also find Datsik, Clean Bandit, Feed Me DJ Set, Hardrock Sofa, Bassjackers, Sigma, Scarlett Etienne, Warieka and HVOB in the newly updated program.

50 days left until MasterCard Balaton Sound, one of the best beach parties of Europe. The program of the event organized at Lake Balaton -with the newly announced names- is almost 100% and organizers expect passes to sell out by the end of May. The daily program is also coming, so the schedule will also be revealed shortly.

The organizers also revealed that there will be some changes in the location of the venues at this year’s Sound: the Main Stage and the biggest party venues will move to a new location within the festival area that grows by around 20-30%.

Meanwhile, Timbaland cancelled all his summer shows due to his studio work. So, unfortunately, we will have to miss him from this year’s program. However, let’s see the new acts:

The most famous DJ and producer of the trance universe has released four elementally powerful and highly successful albums and was named the Best DJ in the World by the DJ Mag for four times between 2007 and 2010. The biggest stars are standing in line for Armin van Buuren’s mixes that he has shown us multiple times at Balaton Sound, where he is returning again with his armada of hits to please the trance aficionados once more.

Dimitri Vegas & Like Mike are two highly determined electronic artists are one of the hottest acts with their ecstatic, blasting electro house anthems and dynamic sets. These two Belgian DJs collaborate regularly with the biggest names of the scene. The brothers have only one goal and that is to make the entire world dance with their mixes.

Nervo, the two beautiful and talented Australian DJanes have conquered the globe with their daring and energetic electronic music that makes any crowd move for sure. The list of their fans includes not just the crowds at the world’s biggest electronic festivals, but also the high-society of electronic artists, such as David Guetta, Armin van Buuren, Avicii, Afrojack or Steve Aoki. After their highly successful show last year, they will hit the decks once more at this year’s Balaton Sound.

Balaton Sound brings you together Hernan Cattaneo vs. Nick Warren in 2014! Nick Warren is without doubt a legendary DJ, producer and label chef, he is the icon of British house and a real institution in the genre. Hernan Cattaneo is -with more than 30 years in the business- Argentina’s most well known electronic artist. His music has mesmerized hundreds of thousands of fans worldwide and inspired multiple generations of electronic music lovers.

Clean Bandit is made up by four young and talented musicians. Their folksy-neoromantic music is a unique fusion of deep house and classical strings and horns with a very special magic to it. Don’t miss them! The dark fantasies of Datsik materialize in crushing tracks and mixes and are true dubstep fueled apocalyptic visions. The Canadian DJ-producer is best known for his relentless, heavy and daring electronic music.

Hard Rock Sofa enchanted the international electronic music scene with their original mix of traditional Russian music and the latest electro trends. Thanks to their high ambitions they managed to sweep conventional dance music and popular pop acts off the floor. Feed Me is the most recent and for sure the most spectacular side project of British drum’n’bass, dubstep and electro house mastermind, Jon Gooch. He uses the elements of these to create his extreme, energetic and impressive electronics that combined with some ultra suggestive visuals will blow you off your feet live.

Bassjackers, the collaboration of Marlon Flohr and Ralph van Hilst started out as if it was written in a fairy tale, but it continued as it is rarely the case: the DJ and the producer decided to join their creative forces and they started to take the scene by storm. With their driving and energetic sounds they have reached remarkable success all over the world and made the crowds of the biggest parties move their hips with their powerful sets.

Thanks to Cameron Edwards and Joe Lenzie, the two DJ-producers from Leeds, the crowd at Balaton Sound will be able to hear the biggest drum’n’bass hit of the year, Nobody To Love, live at this year’s festival. Sigma has reached international fame through the last five years and is now among the top artists of the drum’n’bass scene with their melodic, uptempo and catchy anthems. Miss Scarlett Etienne is a very multi facetted person and has truly deserved her place in the world’s hottest parties. She sings, dances, plays the guitar, the piano, performs at extravagant cabaret and fashion shows, does modeling and is a first class DJ and producer.

HVOB, aka Her Voice Over Boys, is the project of Anna Müller, the singer with the characteristic voice and creative producer Paul Wellner, both from Vienna. The intimate mood of their downtempo, intelligent and emotional minimalistic lounge will immediately enchant anyone who’s listening. Also at Balaton Sound, Wareika is the project of Jakob Seidenstickler, Henrik Raabe and Florian Schirmacher, that is serving all fans of sophisticated electronic music. Their endless variation of sounds and melodies comes to life in a kaleidoscopic way during their improvisational sets, without any regards towards genre borders.