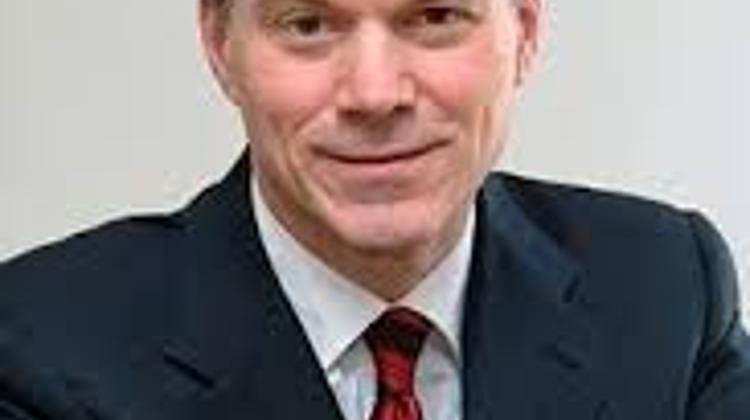 Although in previous years telecom firms in Hungary were critical of the business environment and the special taxes, Magyar Telekom CEO Christopher Mattheisen has told Magyar Nemzet that telecommunications has developed dynamically in Hungary. He is filled by optimism by the cooperation agreement his company and the Hungarian government have recently signed as that sector and the Hungarian state both seek to expand the infrastructure for broadband communication.

Q: Hungarian Telekom Plc and the Hungarian government signed a cooperation agreement about two months ago and it foresees strong emphasis on network development. After years of complaints, does that agreement signal improvement in relations?

A: We have signed the cooperation agreement because we have identified the shared goals. The common objective is turning Hungary “digital”, which means providing high-speed, broadband telecommunications infrastructure for all. Realizing that target would improve Hungary’s competitiveness and the quality of life of its inhabitants. It’s good news for telecommunications industry that additional income will be generated by the need to operate the enlarged network and new telecommunications services can be launched in the future. In addition, the Hungarian government can fulfill its commitment to improve Hungary’s competitiveness.

Q: Perhaps our readers don’t know what you mean by network development. You have mentioned expanding the broadband network. But for several years various telecommunications service providers in Hungary, Hungarian Telekom included, have boasted of providing broadband services for the entire Hungary as an accomplished fact.

A: I must answer your question in technical terms. Indeed the infrastructure for mobile Internet services has already been put in place in Hungary. However, whether or not the required width of band is available depends on the number of users, the intensity of use and environmental factors. It is also necessary to lay down an optical fiber network. Such a network is stable and reliable, can handle a massive data load, and it can be serviced at a relatively low cost.

It will be a major project to put such a network in place but I am confident that we can honor the deadline of 2018, which we committed ourselves to in the agreement. Each stakeholder needs to get busy this year: construction should soon begin and the regulatory and tax environment needs to be amended. We are optimistic because the business environment, which we used to find unpredictable, has improved a lot over the past year.

Q: We know from government sources that telecommunications firm will be exempt from the tax on utility network lines as far as the newly established networks are concerned. What’s your comment on that?

A: I’m optimistic as we have common goals. We are working on the details of the project. Let me add at this point that in Hungary we bear an extremely high share of the public burden, and even the cooperation agreement admits that the Hungarian Telekom is one of Hungary’s biggest tax-payers. As for the special taxes, we have always emphasized that the telecommunications sector is very capital-intensive, which means the tax burden should be allocated in a circumspect manner. To boot, those taxes are discriminative.

Q: You are not alone there as a special tax has also been imposed on the banking system. There have been fixed investments in the past few years despite the difficulties. What’s your impression of the Hungarian telecommunications market?

A: Internet-penetration has largely improved in the past three years and today Hungary is among the advanced countries on that count. However, surveys and our own experience shows that relatively few Hungarians use the Internet and they use it for just few things. Hungarian Internet prices are at or below European average, so in my view it is the absence of Internet culture and digital savviness that is to be blamed rather than high prices. It’s a typical question of what came first: the chicken or the egg. This way or another we expect Hungary to catch up quickly in the use of online applications as online shopping, purchase of tours, reliance on online services in medicine, transport and education.

Q: What you have said justifies the Hungarian government’s tax policy. Even if many criticize Hungary as not being friendly to investors and even if companies are obliged to have an increased share in the public burden, your company could find funds for technical development.

A: That we could develop the telecommunications infrastructure was thanks to the global technological progress. When demand for smart devices matured, it became necessary to upgrade and expand networks. Note that in the past, telecommunications penetration in Hungary was much lower than, say, in The Netherlands. In that country only augmentation was needed. In Hungary our company started from a much lower level and that’s why progress has been more spectacular.

Q: The European Parliament has voted in favor of ending roaming charges by Christmas 2015, which can be seen as a step towards a unified EU mobile phone market. What’s your opinion about the future of the mobile phone market in Hungary and elsewhere in Europe?

A: There has indeed been an EP vote with that effect but that’s not the final word on the issue and the implementing rules are not even in sight. The next European Parliament and European Council will have to pass a decision on that issue.

I think regulation should serve market players and consumers alike. Investments should be encouraged and the mobile phone market should be made competitive at both European and national levels.