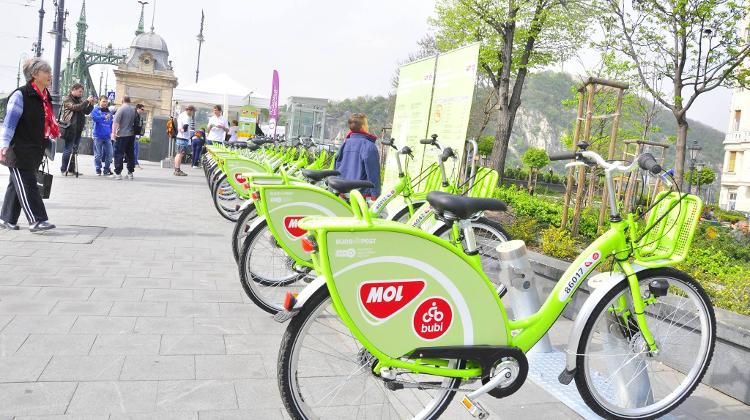 A public cycle rental system in Budapest could be up and running in July after a two-month delay, senior officials told a press conference on Tuesday. BuBi (Budapest Bicycle) should have been inaugurated on April 7 under a contract with a consortium of MOL and T-Systems, Dávid Vitézy, the head of the Budapest Transport Centre (BKK), said.

The reason for the delay is that the software is not ready. Some functions on the touch-screen terminals do not work and neither do all bankcards.

One hundred testers are peddling around every day, said Balázs Szeneczey, deputy mayor of Budapest. Fully 80% of the project costing 1.1 billion forints (EUR 3.6m) is funded by the European Union, he noted.

A maximum penalty of 180 million forints applies by July 16, he said, adding that BKK could terminate the contract if BuBi is not ready for launch by then.

Gábor Horvath, branch director of T-Systems, said their mistake had been to underestimate “the integration requirements” of the various software systems.

Vitézy pledged all support to T-Systems in fixing the problem. Terminating the contract would be risky since this would involve inviting a new tender, he said.