Full House And Huge Names At The Sound Festival In Hungary 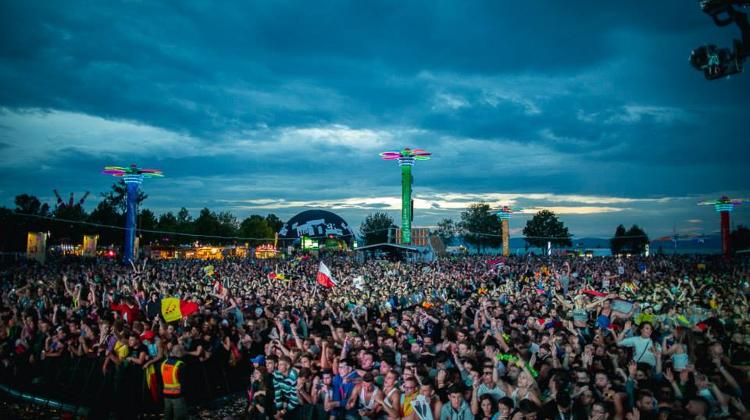 The 2014 MasterCard Balaton Sound attracted a total of 145 000 fans during 4 days and 5 nights. Almost 50% of the guests came from abroad and the festival passes were sold out months before the start of the event. The live stream of the festival reached hundreds of thousands of viewers, thanks to the cooperation with Ustream and Telekom.

MasterCard Balaton Sound set a new attendance record with a total of 145 000 guests this year. The main reason was the big growth in the number of foreign visitors, meaning that this year almost every second fan came from outside Hungary. The weather presented big challenges to the organizing crew with huge thunderstorms on the first and last days, but the crowd was never really bothered and had a great time at the seaside party.

“The organizing crew was facing a big challenge thanks to the rainy start and end of the event. Some of the roads at the festival were ruined by the water and we had to put in a lot of effort to repair them in time.” – said main organizer Zoltan Fulop. “We were ordering extra infrastructure from abroad overnight to put plastic covering on all the important roads. We also believe that the fact that all programs were held even during the biggest rain is a huge success and shows the strength of our organizing squad. And what’s most important, both the fans and the artists seemed to have a great time at Balaton Sound” – he added.

The festival presented a huge number of stars on 4 big and many other smaller stages. David Guetta has been present for many years at the event and also gave a full house set on Friday night. Martin Garrix, Disclosure, Rudimental, Wiz Khalifa, Alesso, or Richie Hawtin also gave memorable shows, while Armin van Buuren’s gig ended right at the moment when the football world cup final’s extra time was beginning, so the crowd could follow the exciting game live on the led walls of the Main Stage.

For this year the festival map has changed in many ways. The campsites were moved to an outer venue, so the party crowd could occupy the full area of the Zamardi free beach and also enjoy some award-winning design elements, including the giant flowers next to the MasterCard Main Stage, the Balaton Sound script on the lake and also other buildings and visuals.

MasterCard Balaton Sound is not just a Hungarian festival any more, but also an important part of the European summer festival agenda. “When we started the Sound in 2007, we never really thought that it would become such a success” – said Norbert Lobenwein, the other main organizer of the event. “We had a few tens of thousands of fans in the first year and this grew up to a total figure of 145 000 this year. Almost half of our guests were foreigners and some of the days were sold out weeks before the festival” – he added.

This year’s event was live streamed in cooperation with Telekom and Ustream, helping the event reaching out to more than 300 000 viewers outside the festival area. The organizers would like to thank all fans (at the festival or watching the event online) for their interest in the event!