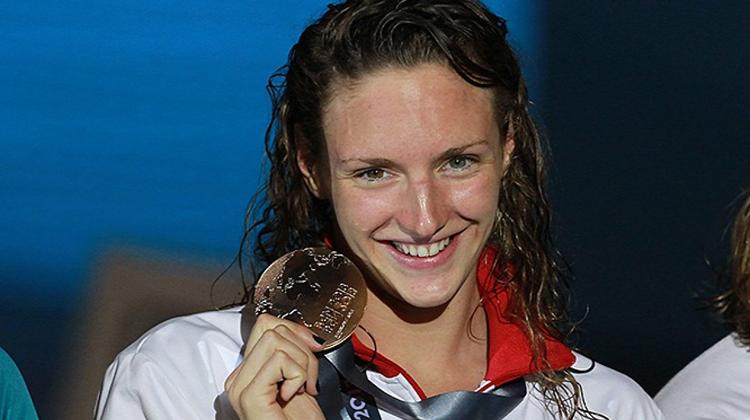 World-famous Hungarian female swimmer Katinka Hosszú has announced on her Facebook page that her motivational book “The Hungarian Iron Lady”, the Hungarian edition of which hit the stores on 22 November, will appear in English next April.

Her most recent triumphs include breaking the world record by winning the women’s 200 IM with a time of 1:51.41 at the Doha FINA World Cup in August. In October, she won 10 gold and two silver medals at the FINA World Cup in Hong Kong, which is the highest number ever achieved by a female contestant at a single World Cup meet.

Also in October, she was reported to top the FINA World Cup prize list with total winnings of $228 000. She is married to American national Shane Tusup, head coach of her team, Vasas SC.

In an interview given to Metropol in September, Ms. Hosszú explains the massive changes she has undergone since the London Olympics both as a swimmer and in human terms. In the book, she wishes to hand on the experiences gained during the past twenty years, with special emphasis on the two years prior to its publication.

She described her work as a motivational book aimed to inspire the Olympic champions of the future generation. In the final words of the interview, she promises an explanation for her nickname “Iron Lady” in the book.